From the iconic Friends building to that hilarious café scene in When Sally Met Harry, you’ll love getting up close to the famous landmarks in New York.

New York, New York – it’s the city that’s so good they named it twice. From the skyscrapers of Manhattan to the neoclassical beauty of the Statue of Liberty, and neon-lit buzz of Times Square, stepping out in the Big Apple is like walking through the movies.

Even if it’s your first visit, everything seems so familiar, as it’s long been the film industry’s favourite city. Peer closely at the Empire State Building – the tallest in the world when it opened in 1931 and still so big it has its own zip code – and you’ll be transported back to the moment Meg Ryan met Tom Hanks (rather than Harry) in the romcom Sleepless in Seattle.

The 102-story Art Deco skyscraper was the setting for one of the most iconic moments in celluloid history in King Kong and the backdrop for the 1949 movie On the Town which starred Frank Sinatra. In that, he sang that New York New York was ‘a wonderful town’ long before he became famous for that song about the city. 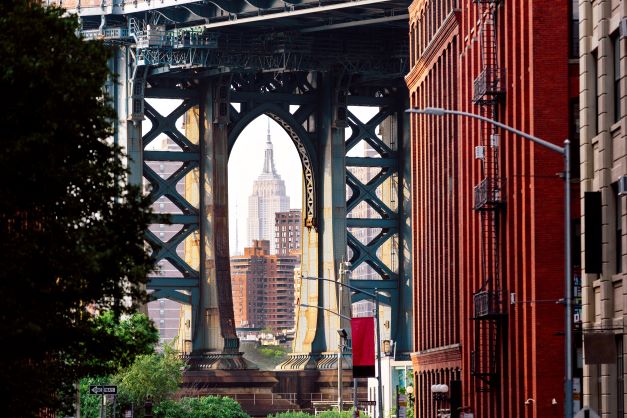 Head up to the Dare to Dream exhibition on the 80th floor, a fascinating look at the building’s history, before stepping out onto the observation deck on the 102nd floor for a spectacular view of the New York skyline.

Below you’ll be able to marvel at Manhattan, one of the five boroughs making up the city – the others are Brooklyn, Queens, The Bronx, and Staten Island – that sits where the Hudson River (the star in another Tom Hanks white-knuckle-ride movie Sully) meets the Atlantic Ocean.

It’s the home of actors, former presidents and one of the most popular sitcom of all time – Friends. Fans can head to the northwest corner of Bedford and Grove in West Village to get a glimpse of the Friends building. 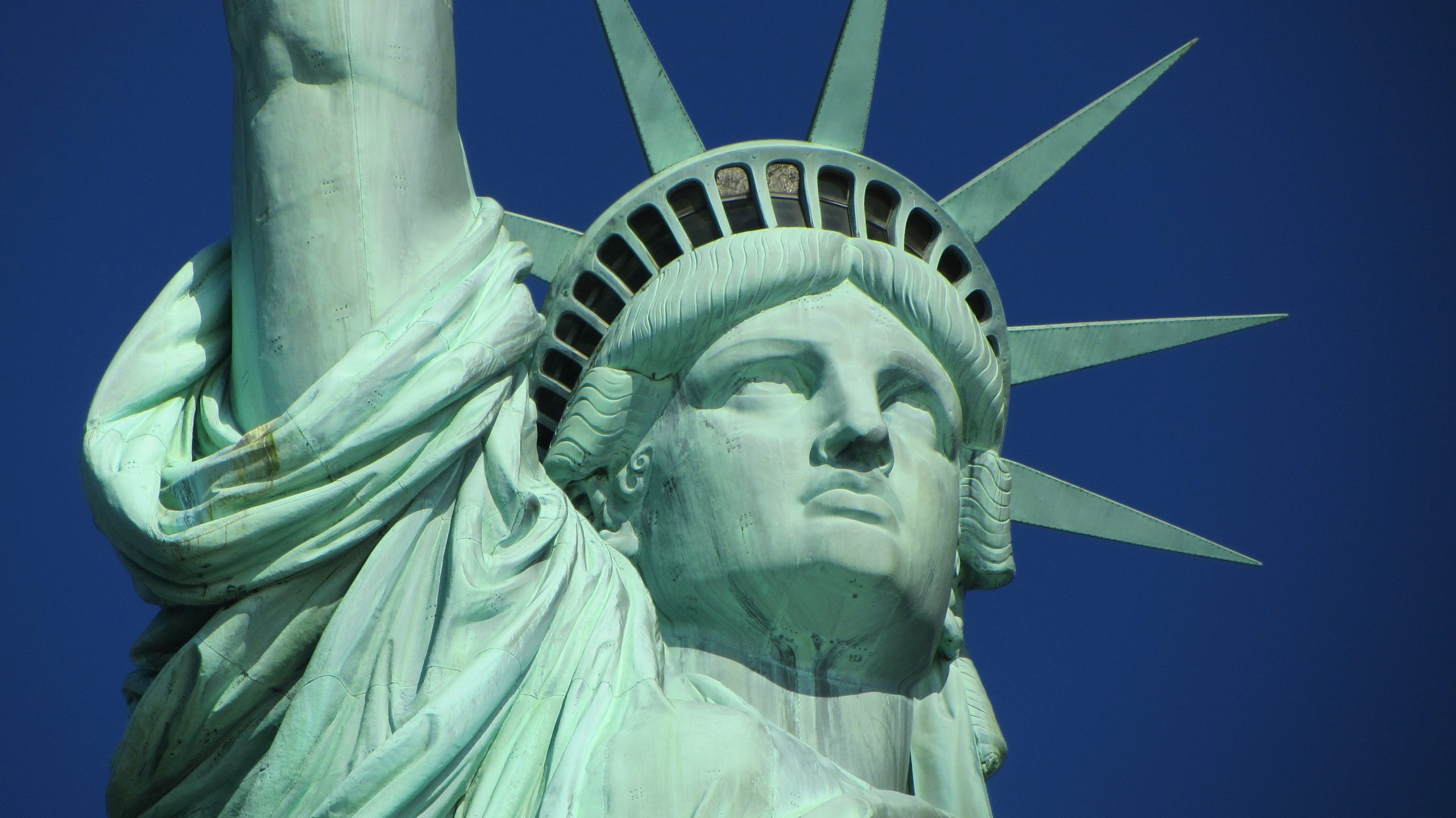 If you loved US series Sex and the City, Carrie Bradshaw’s brownstone is just a few blocks north on Perry Street. Seinfeld lovers can visit Morningside Heights to see Tom’s Restaurant while sadly Central Perk only exists on a Warner Bros, studio tour.

But you can lose yourself in sprawling Central Park – an 840 acre of pristine green nestled in the midst of the city’s bustling avenues and tower blocks that was featured in Enchanted starring Amy Adams.

Grab a hot dog from one of Nathan’s Famous stands, watch a pop-up performance, join a walking tour, catch a movie at the film festival or go ice-skating during the winter. 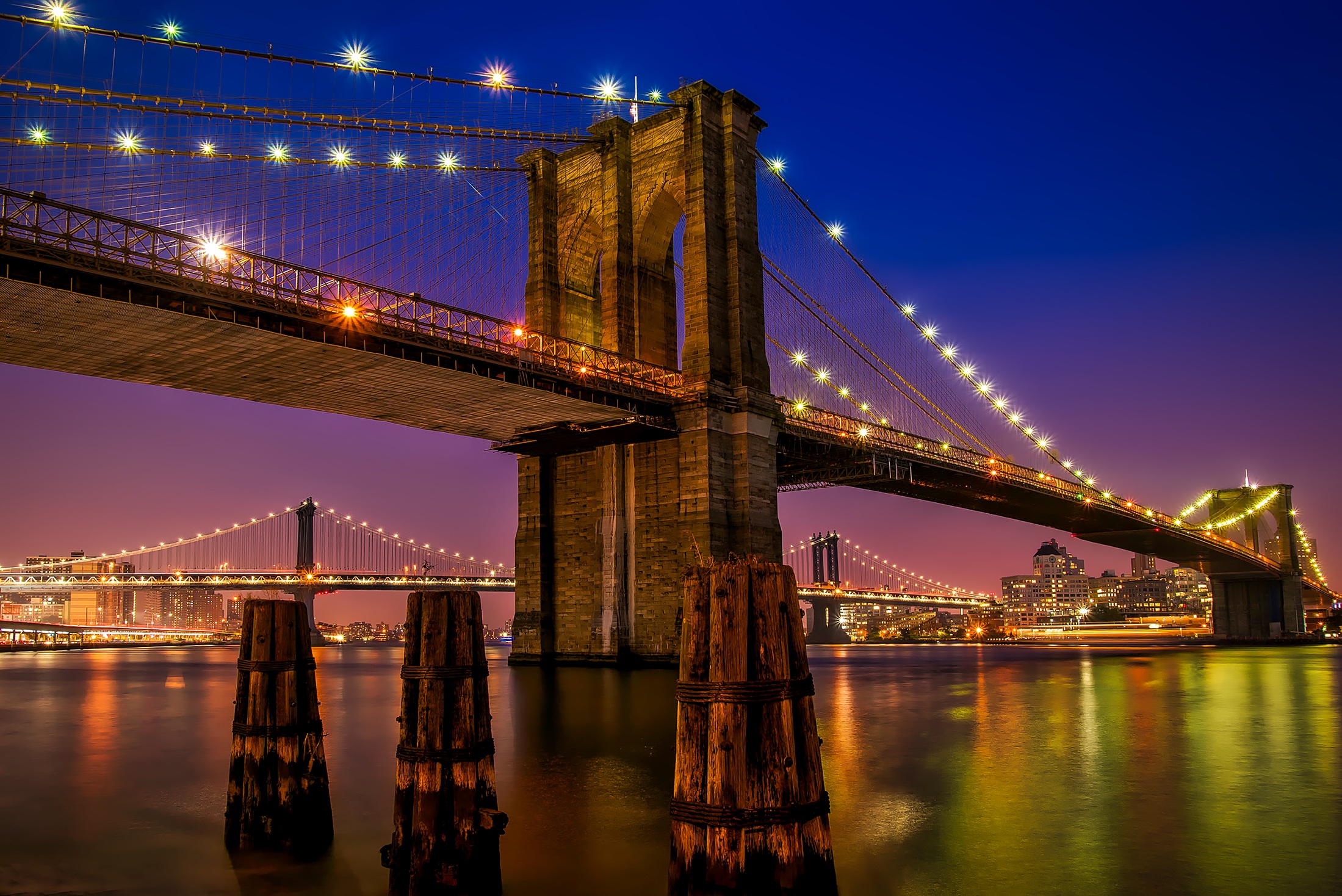 Still feeling peckish? Head to the Loeb Boathouse in the park where Katherine’s Heigl’s character in 27 Dresses always dreamt of getting married. Pick up a coffee or dine at the real boathouse, which has also appeared in 13 Going on 30.

For a truly incredible experience head to Katz’s Deli on the Lower East Side famous for its monster-sized pastrami on rye and that scene in When Harry Met Sally.

There’s even a sign in the restaurant saying ‘Hope you have what she had!’ The restaurant opened in 1888 and has been  in numerous other film including Across the Universe, starring Evan Rachel Wood, and Donnie Brasco.

Meg Ryan doesn’t make quite the same scene in You’ve Got Mail where she thinks she’s been stood up on a blind date in Café Lalo by her business rival Tom Hanks.

The café-restaurant is on the Upper West Side and claims to be the most famous in New York. 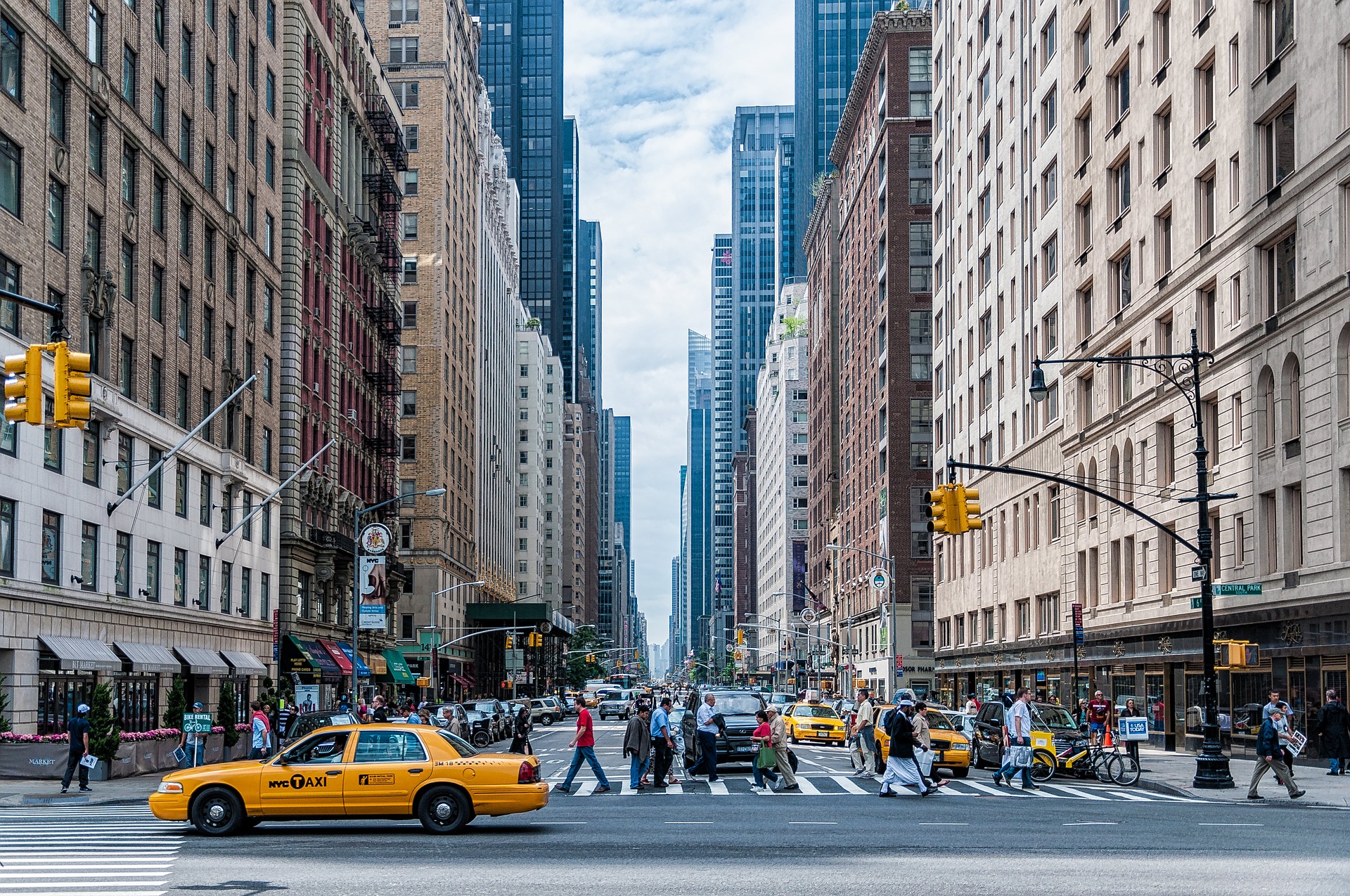 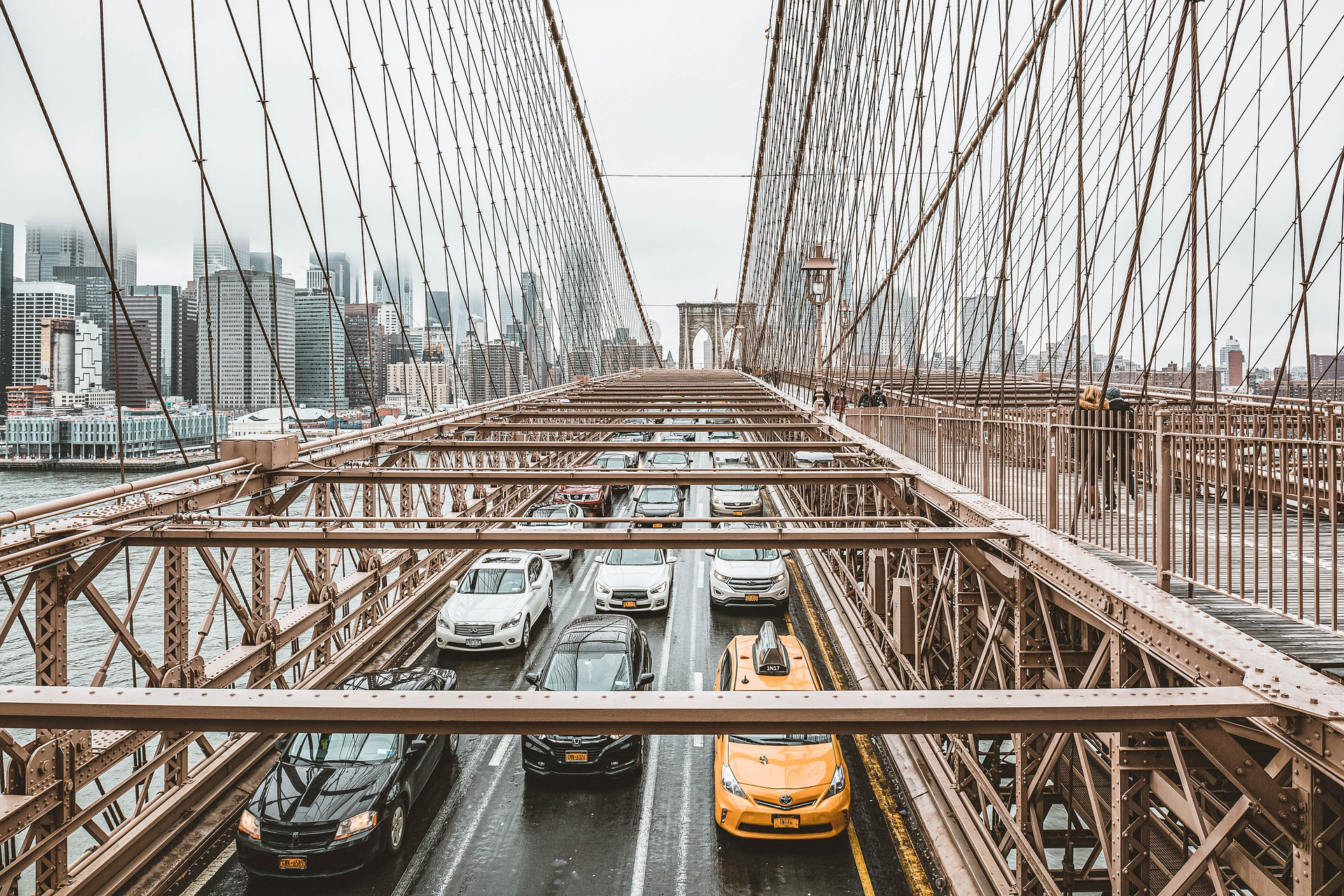 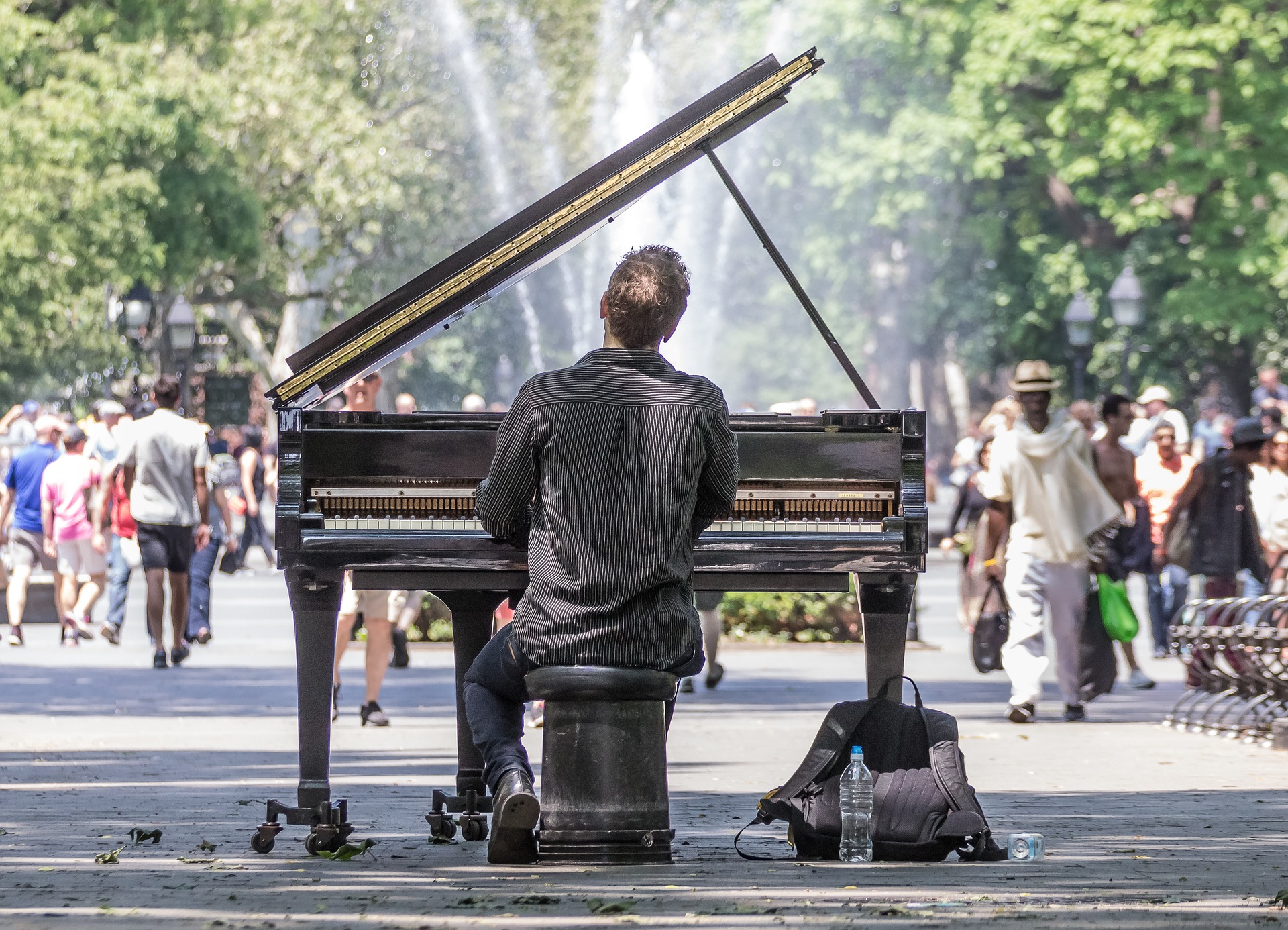 For a glimpse of the restaurant where John Cusack and Kate Beckinsale go on for ice creamon their first date in Serendipity, head to Serendipity 3 on the Upper East Side. Their frozen hot chocolate is legendary.

After all that walking – there’s a reason New Yorkers always carry a pair of trainers – sail out to the Statue of Liberty on a Circle Line boat trip. The copper statue was a gift from France in 1886 – Gustave Eiffel built its metal frame –  and has been in countless films.

She’s starred as herself, a symbol of freedom, but has been hit by a tsunami in The Day After Tomorrow, decapitated in Cloverfield, buried in Planet of the Apes and even marched up the streets of New York in Ghost Busters II. Other stellar appearances include Splash, Titanic, Superman IV, X-Men and Alfred Hitchcock’s Saboteur.

Once the sun has set over the City That Never Sleeps check out the dazzling neon lights of Manhattan’s Times Square. 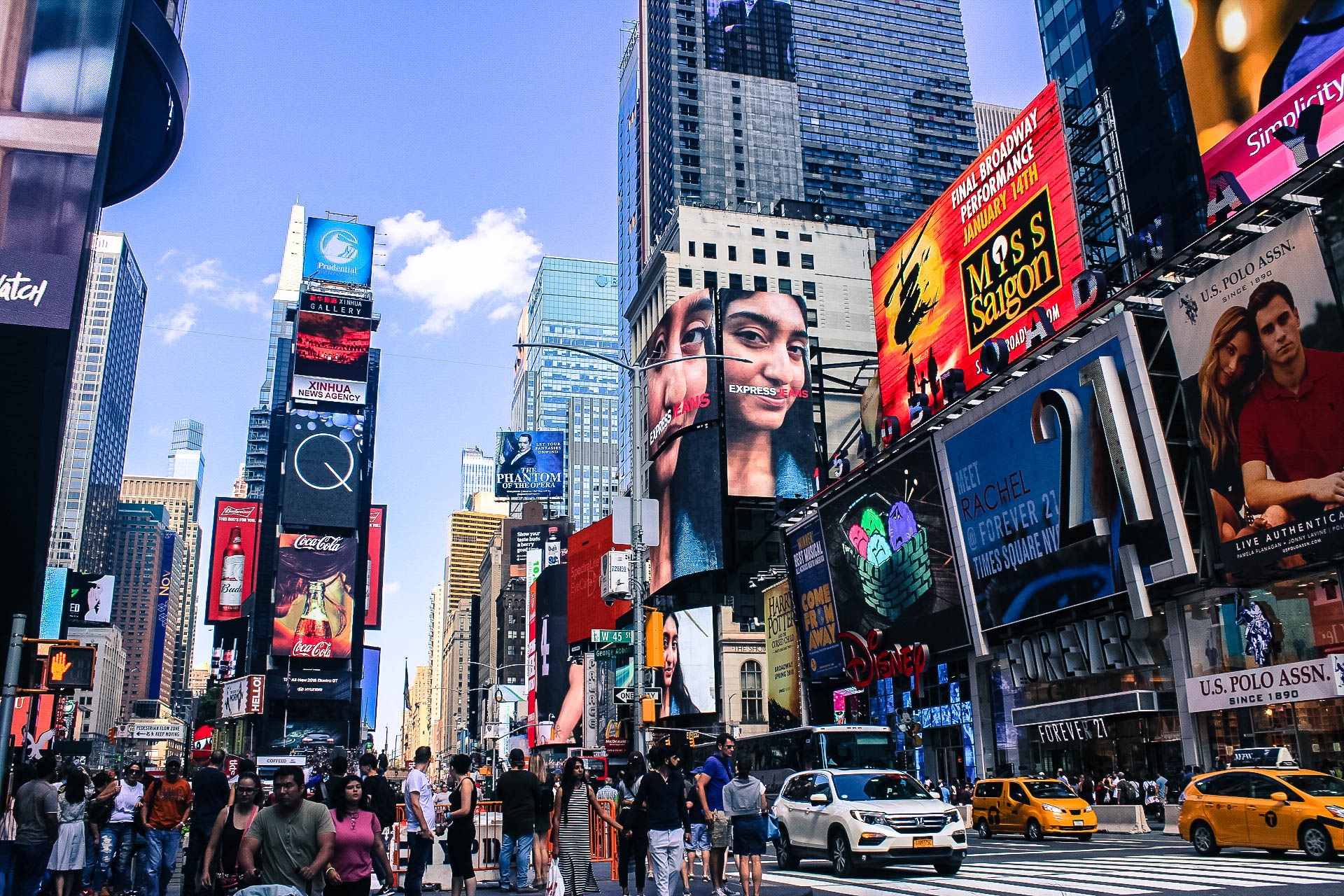 One of the world’s most visited tourist attractions – drawing 50 million tourists a year – this is the centre of the Broadway Theatre district (Hamilton is a must) and one of the most filmed locations on the planet. Everything from Spider-Man, Taxi Driver, Home Alone 2: Lost in New York and Big (Tom Hanks again) have been shot here.

But the most memorable film scenes have to be in Breakfast at Tiffany’s when Audrey Hepburn stares into Tiffany’s window as Holly Golightly or the mesmerising moment in Vanilla Sky when Tom Cruise finds himself completely alone there.

Combine maxing out your credit card with movie location spotting at Macy’s flagship in New York. The iconic towering department store has been the backdrop to Ocean’s Eleven, Shark Tale, the 2005 remake of King Kong and the perennial Christmas favourite Miracle on 34th Street.

No visit to New York is complete without a visit to One World Trade Centre, home of the National September 11 Memorial & Museum.

Finally head across Brooklyn Bridge which has spanned the East River since 1883 and has appeared in myriad movies including John Wick, I Am Legend, Saturday Night Fever and The French Connection.

Find out more
Book Cruise
Published 03.03.22
Back to posts
Canada

USA cruises to America’s east coast take in an array of amazing cultural destinations as well as Caribbean hotspots.