Winter sun cruises take travelers to a range of delightful southern destinations – and some are closer than you might think.

Ambassador Cruise Line offers a brilliant selection of winter sun cruise vacations from the UK so you can be whisked off to sun, sea and sand (as well as royal palaces, cocktails, tropical gardens and more) with ease.

Whether you fancy a jaunt to the Canary Islands or the full Caribbean getaway to Jamaica, there are winter sun cruises for you.

We’ve rounded up five of the best winter sun destinations available on Ambassador cruise itineraries plus what to do, see, eat and drink there. We hope you like rum! 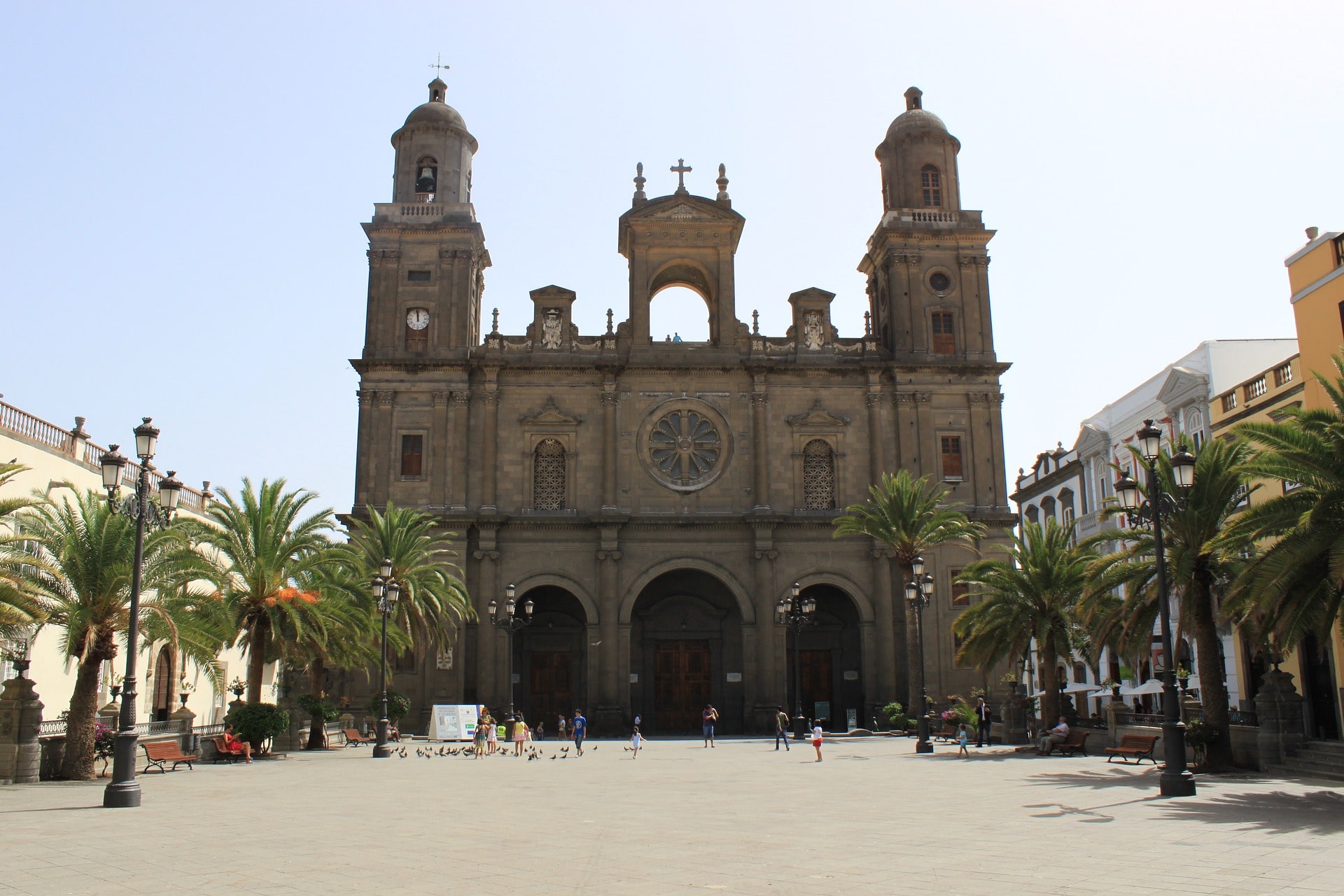 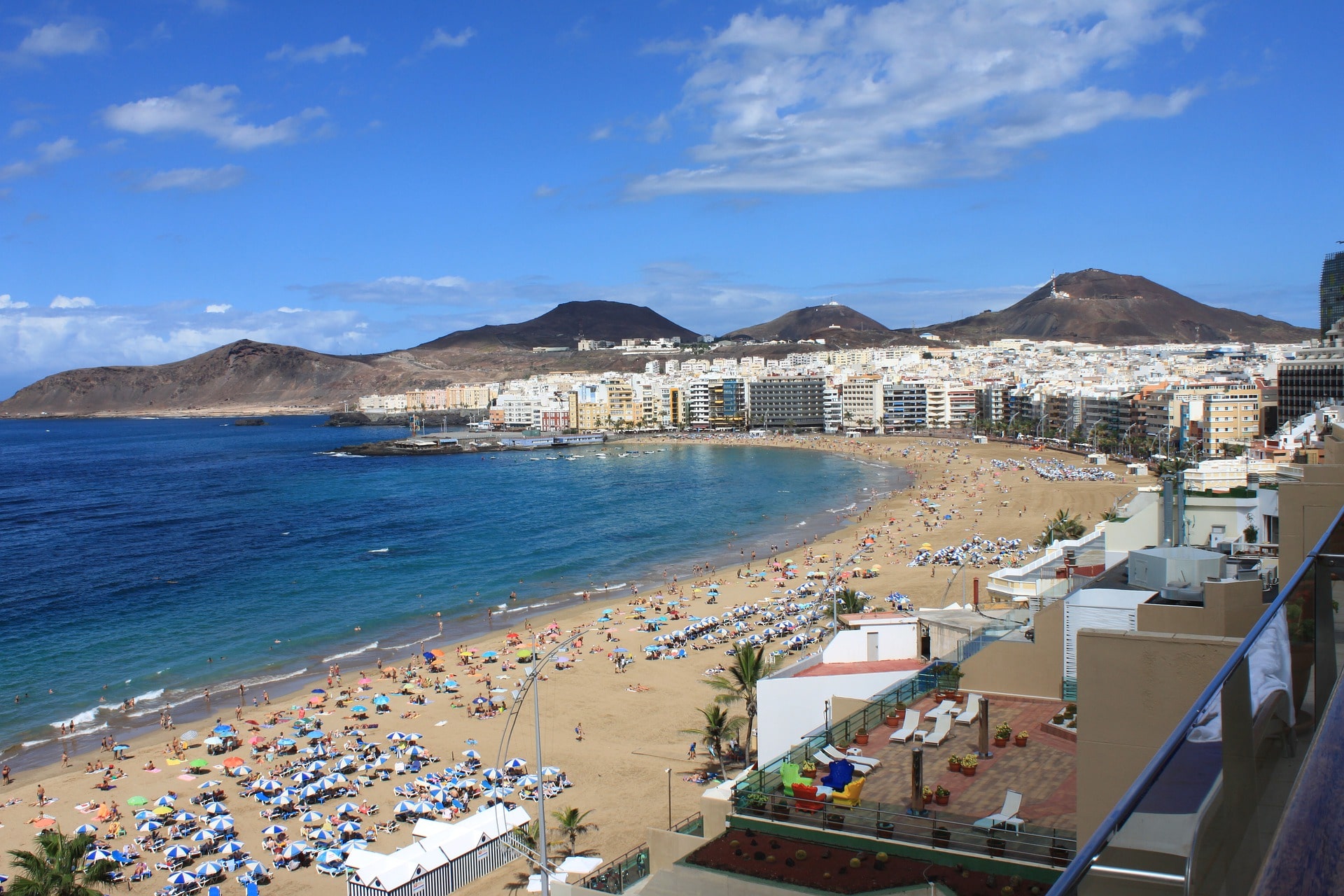 What to see in Las Palmas: Casa de Colón in the port city of Las Palmas on Gran Canaria is a former governor’s house turned museum dedicated to its most famous visitor, 15th-century explorer Christopher Columbus. Set in the old town of Las Palmas, the decorative yellow building embodies colonial architecture at its prettiest and is free to enter; you can learn all about Columbus’ voyages and adventures inside (and then maybe feel smug that your Ambassador cruise ship is a lot cushier than the vessels of old!).

What to do in Las Palmas: The Jardín Botánico Canario Viera y Clavijo – or Botanical Garden – is a very popular attraction in Las Palmas and never gets too crowded. The garden sprawls over 10 hectares and is filled with more than 500 trees and plants indigenous to the Canary Islands.

What to eat in Las Palmas: Tuck into Flor de Guía cheese; the delicacy is only made in three towns in the north of Gran Canaria and has protected designation of origin. The cheese is a mixture of cow’s, sheep’s and goat‘s milk and is made entirely by hand. The vegetal rennet (so…tasty?) from the cardoon thistle flower used in the process is what makes the cheese unique. It has a buttery taste and is easily melted (OK, pretty tasty).

What to drink in Las Palmas: The Canary Islands have long played a prominent role in the world’s rum industry after Columbus brought back sugar en masse from the New World (with very little care for our waistlines, in our opinion). Ron Miel – or honey rum – is a beloved Canarian drink and is often given to diners in restaurants after their meal. It’s best served chilled and is sweet and easy to drink (uh oh). 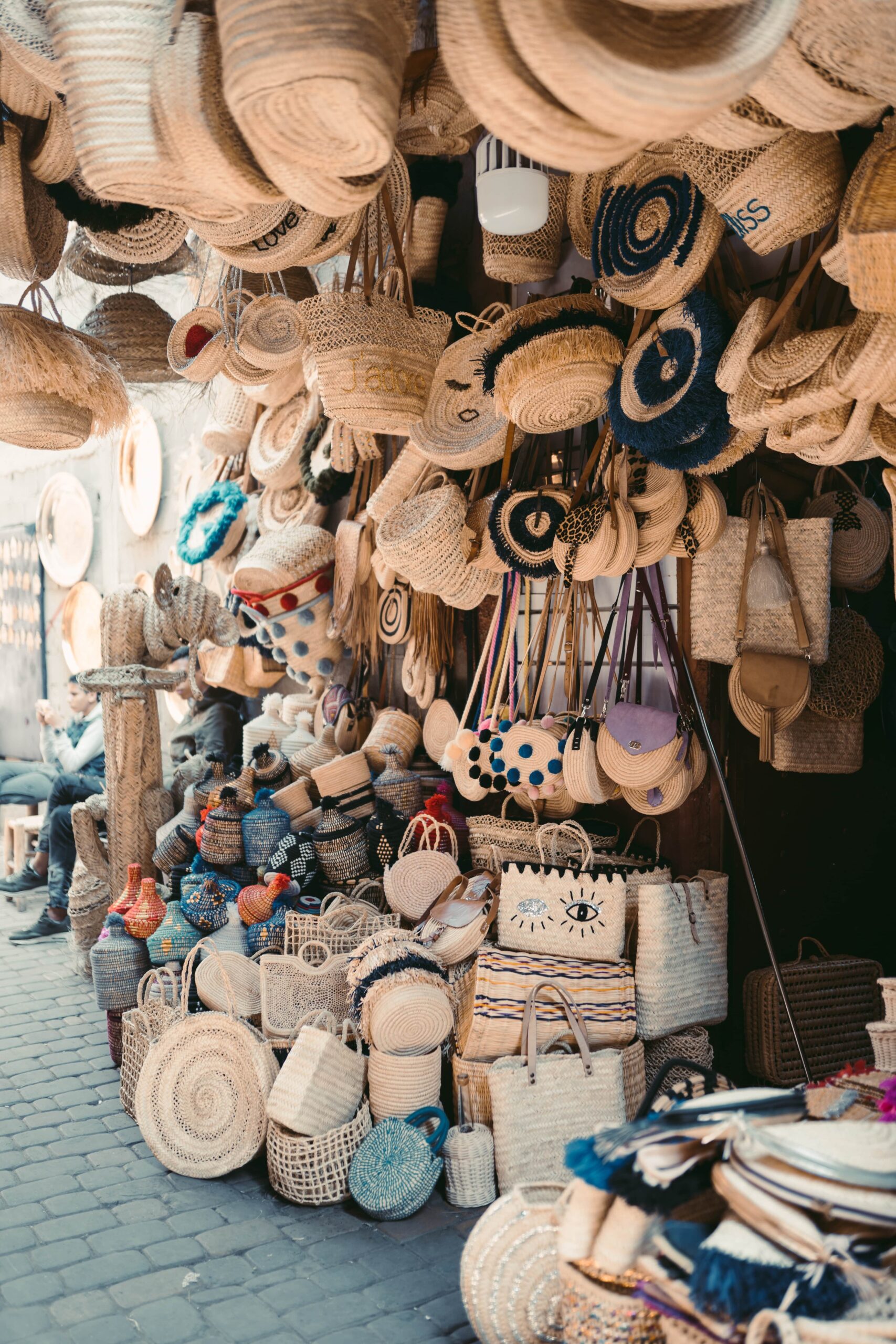 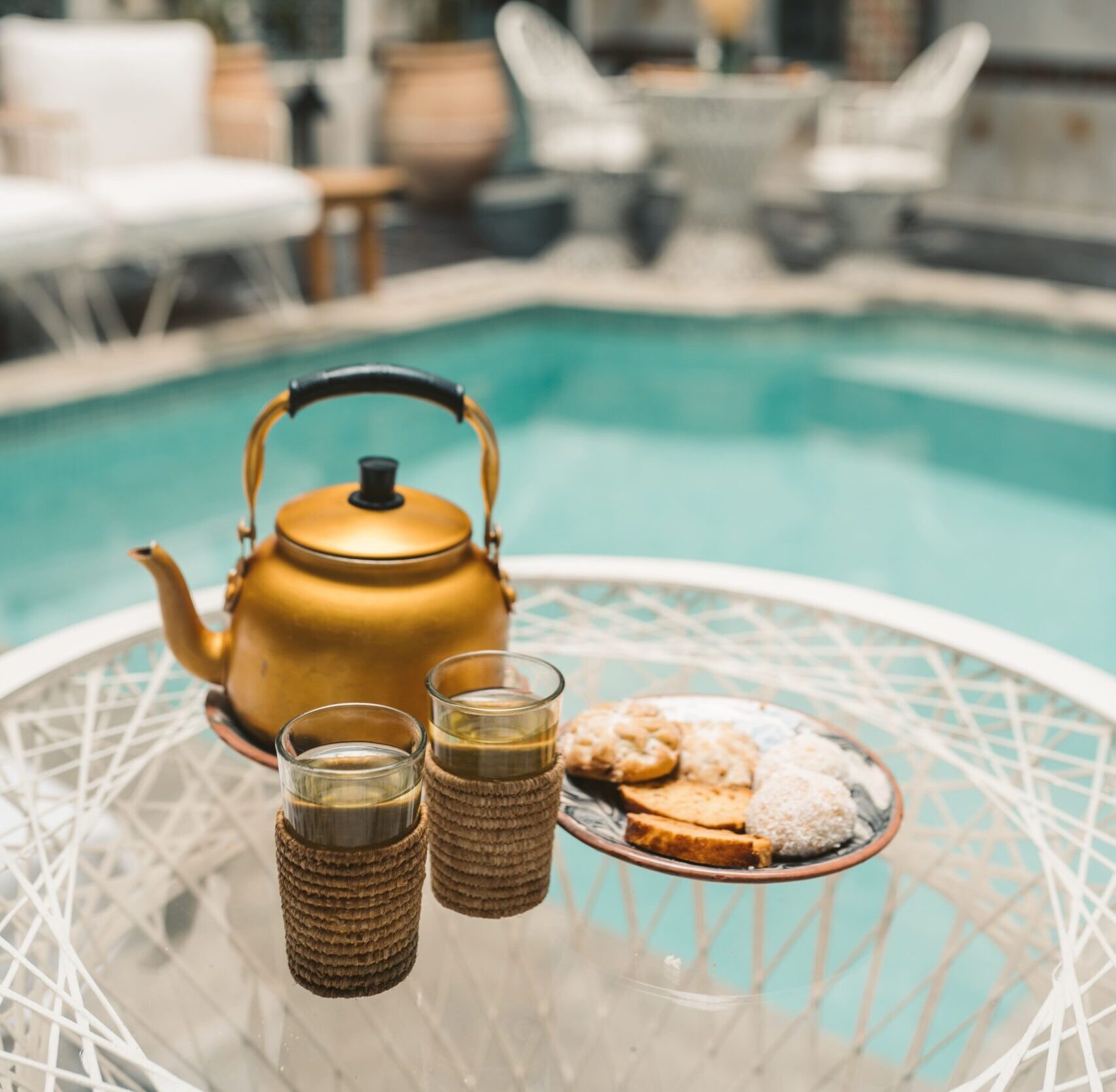 What to see in Marrakech: Admire the many wonders of the walled Medina, an intriguing labyrinth of souks and alleys brimming with fascinating stalls selling everything from ironwork, leather and silver to crafts, spices and pottery. Remember to haggle if you want to buy anything as a souvenir of your winter sun cruise!

What to do in Marrakech: Head to the 19th-century royal residence Bahia Palace, one of the best-preserved historical sites in Marrakech. Built by Grand Vizier Si Musa in the 1860s, the palace is set across two acres in the middle of the Medina. Si Musa’s son later expanded it so he could fit in his four wives and 24 concubines! A busy man indeed…There are 150 rooms in Bahia Palace, displaying both Moorish and Andalusian influences. A highlight is the Court of Honour, boasting a 1,500sqm floor of Italian marble.

What to eat in Marrakech: Try Chebakia, a Moroccan sesame cookie made into a flower-like shape, fried and slathered with syrup or honey. The sugary treat is the perfect street food and is a particular favourite during Ramadan.

What to drink in Marrakech: Thé à la Menthe – mint tea – is a traditional drink in Marrakech as most Moroccans are Muslim and do not consume alcohol. Nevertheless, the tea is jokingly referred to as Whiskey Berber and consists of strong green tea, oodles of mint and plenty of sugar. 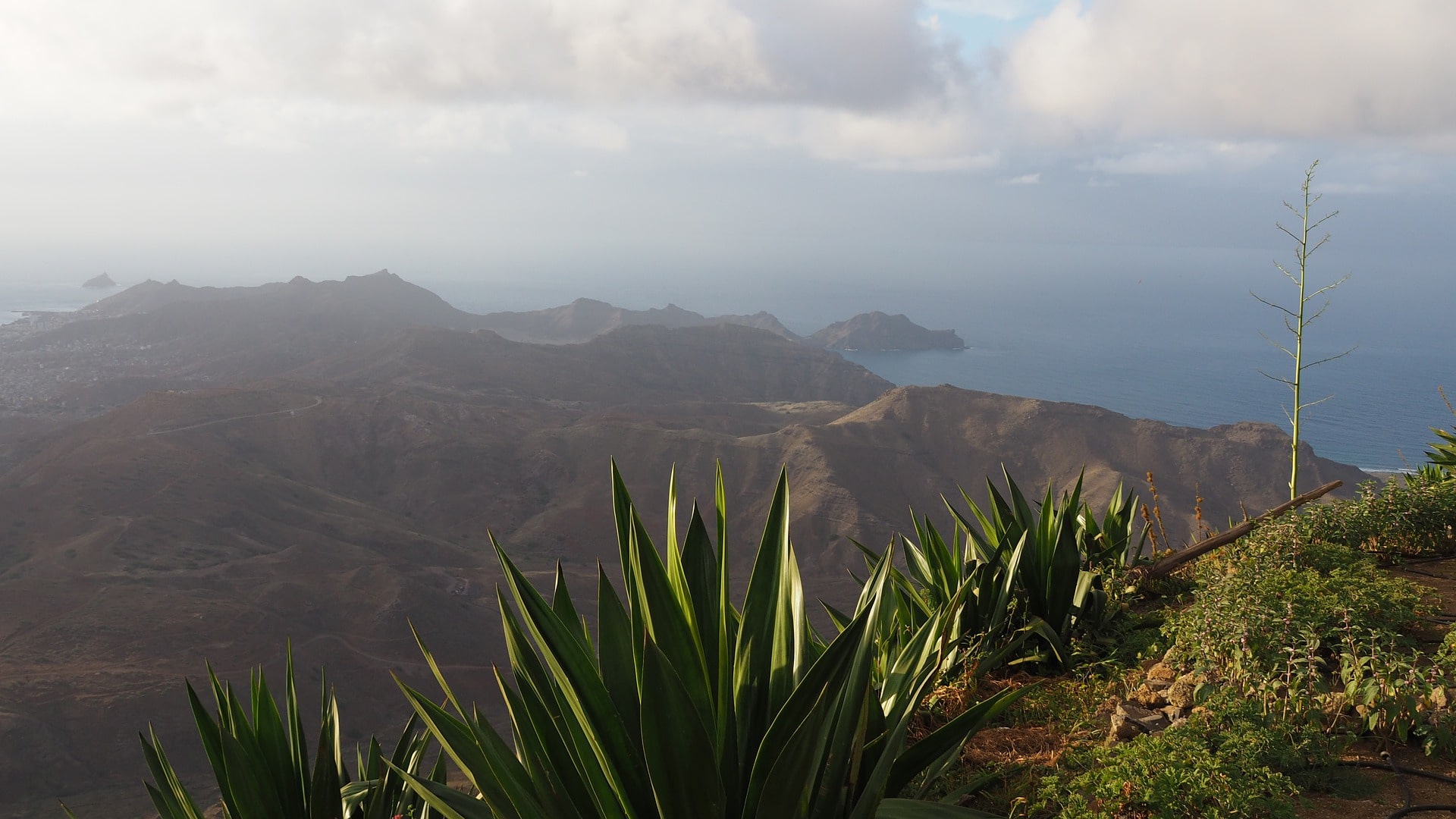 What to see in Mindelo: Mindelo, on the island of São Vicente, has its own Torre de Belém – a diminutive replica of the famous 16th-century tower of the same name in Lisbon – in recognition of 500 years of Portuguese rule. The Torre de Belém is found in Mindelo’s harbour and affords excellent views from the top. There’s also a museum – Museu do Mar – inside which teaches visitors about the history and seafaring culture of the island.

What to do in Mindelo: Relax on Laginha Beach, home to a bay of white sand. From here you have views of the small isle of Djeu and Santo Antão as well as the iconic Monte Cara (which means Face Mountain and does indeed resemble a visage). There might even be a music festival on if you time your winter sun cruises to Cape Verde right! There’s a great beach club here called Kalimb, too, which serves food and drinks.

What to eat in Mindelo: Sample cachupa, a traditional local meal in São Vicente – it’s a stew of hominy and beans served with fish or meat, sometimes topped with a fried egg or local sausage.

What to drink in Mindelo: Grogue, rum distilled from sugar cane with an alcohol rate of 40 percent, is the national drink of Cape Verde. Served both neat and in cocktails, it’s sweet and cordial-like with a scent reminiscent of warm banana. 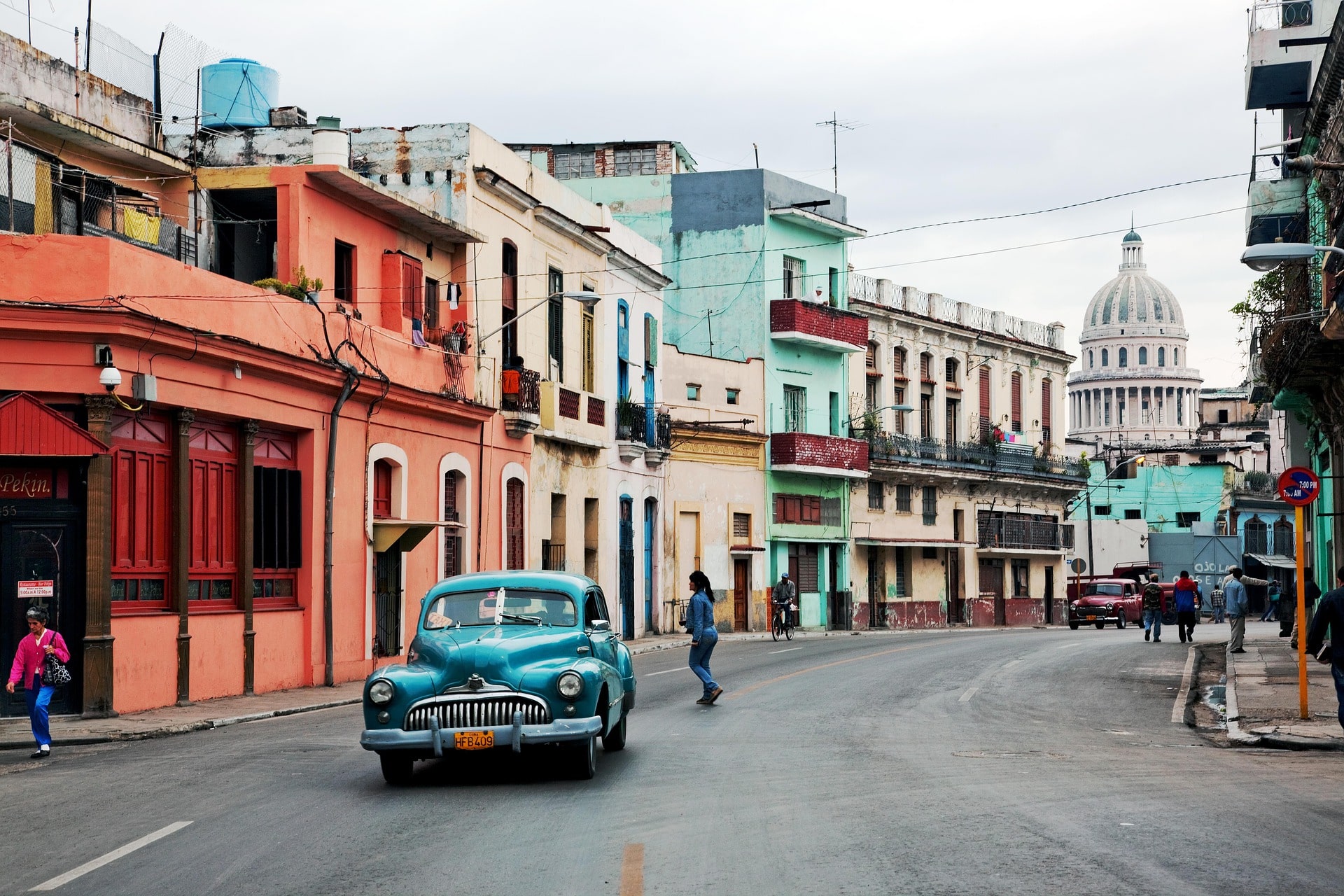 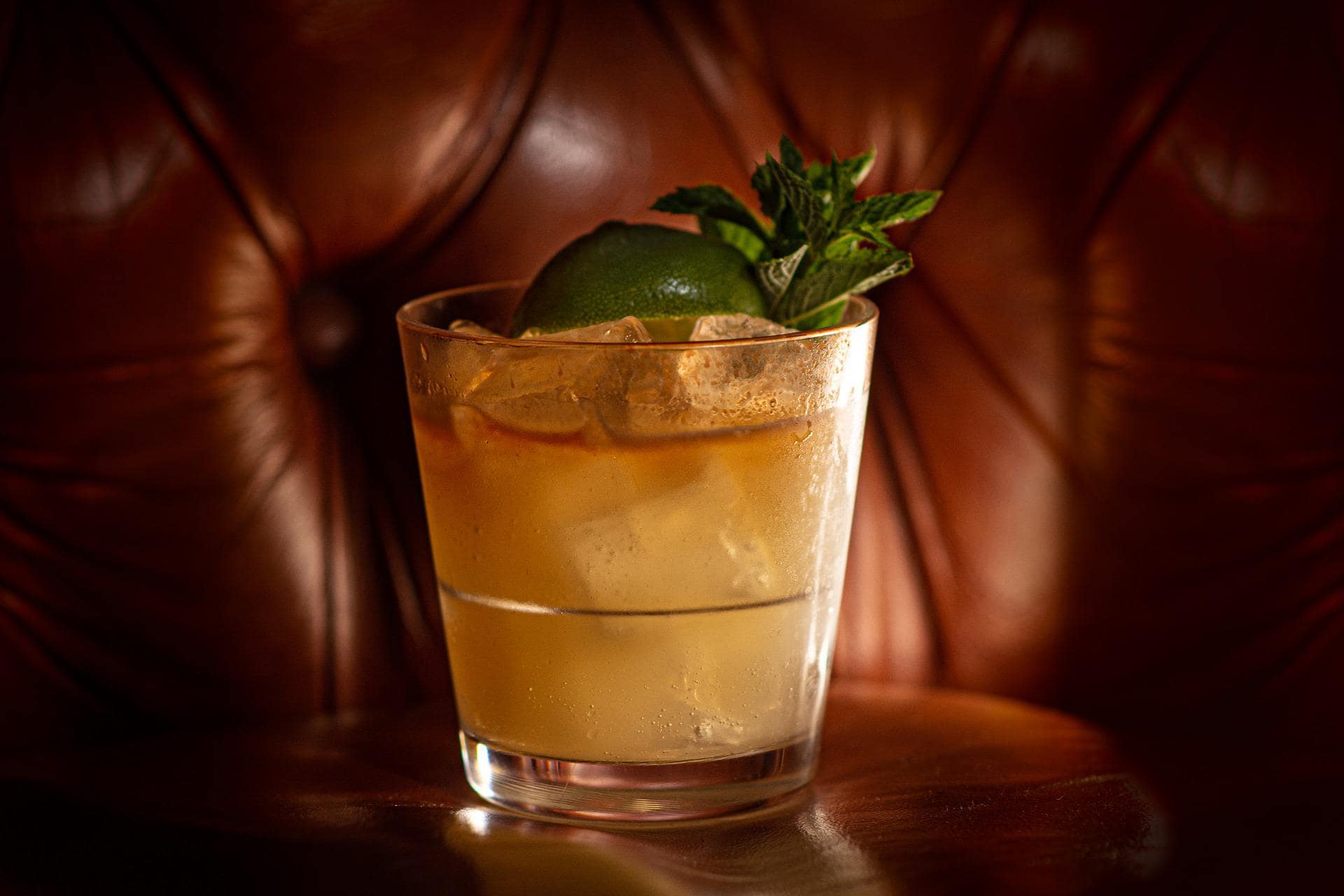 What to see in Havana: In Cuba’s capital Havana, check out what is unofficially known as Fusterlandia – a splendid al fresco art district. Havana-based artist José Fuster started decorating the walls and houses of his neighborhood Jaimanitas with surreal murals and mosaics, imitating the work of Gaudí and Picasso, back in the 1990s. Today the neighborhood is one of Havana’s top sights, with Fuster’s art adorning more than 80 buildings complete with Cuban motifs and avant-garde sculptures.

What to do in Havana: Enjoy a cabaret show and be treated to an insight into Cuba’s energetic and glitzy pre-revolutionary nightlife. The most famous club in the city is Tropicana which has a big open-air theatre and has barely changed since its 1950s heyday.

What to eat in Havana: Ropa vieja – a shredded beef stew – is the national dish of Cuba (not a country known for its food, it must be said). The meal is made with beef flank steak or skirt steak braised in a sauce made with red bell peppers, onions, tomato paste and pimento-stuffed green olives – all served with rice and black beans.

What to drink in Havana: You simply must order a daiquiri – the cocktail was invented and perfected on the Caribbean island and is served pretty much everywhere. The classic drink combines rum, lime and sugar – perfect for beating any post-UK blues on a winter sun cruise vacation! We did say we hoped you liked rum… 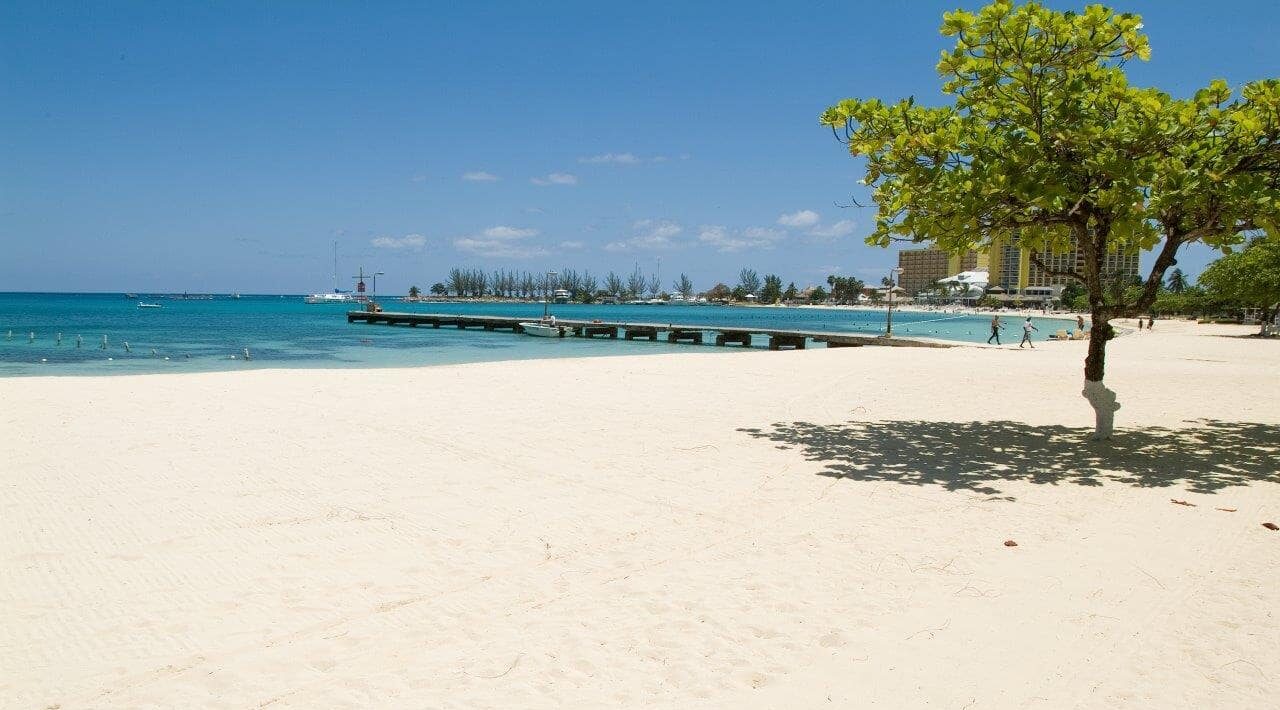 What to see in Montego Bay: Keep your eyes peeled for ghosts at Rose Hall Great House. According to legend, it’s haunted by ‘White Witch’ Annie Palmer who was the mistress of the house. She’s said to have murdered her three husbands as well as the male slaves she took as lovers. A real catch, right? If you’d rather not risk ghost sightings, the plantain is 6,600 acres and home to cane fields, mountain villages, gorgeous beaches and well-kept golf courses.

What to do in Montego Bay: Head to the Montpelier estate, a vast sugar plantation with a rich history dating back to the 18th century. Here you’ll find Chukka’s Jungle Outpost where you can enjoy a hearty helping of adventure, from river tubing or kayaking down the picturesque Great River (Jamaica’s fourth longest river) to ziplining through the jungle. Fingers crossed no ghosts.

What do eat in Montego Bay: Ackee and saltfish is Jamaica’s national dish. Ackee is a fruit initially imported from Ghana and it’s served with stewed salted codfish sautéed with vegetables, herbs, and spices.

What to drink in Montego Bay: Rum has been a staple in the West Indies since at least the 17th century and every Jamaican household has a bottle of white rum to hand. Rum punch is the classic party drink here but remember, it can be pretty strong! Maybe try to keep the pirate jokes to a minimum when you get back onboard your Ambassador ship, me hearties (sorry).

Cuba & Treasures of the Caribbean with Ambassador Cruise Line

Well well well: How to stay fit and healthy on a cruise in 2023

Cruise holidays and staying in shape have historically not gone well together – but not so with Virgin Voyages. Here’s how to stay healthy on cruises.

New cruise ships get us pretty jazzed here at Sailawaze so we’re thrilled that there are so many more to welcome onto the waterways of the world in 2023.

Would you go naked on a cruise in front of 2,000 nude strangers?

Nude cruise holidays are certainly a liberating way to see the world – and they’re actually more hygienic than you might think.