P&O Cruises has revealed an exciting sneak peek into the escape room onboard newest ship Arvia arriving in December 2022.

P&O Cruises has released a behind-the-scenes video of what will be the first-ever escape room at sea when new cruise ship Arvia sails at the end of the year.

There will be two one-hour experiences available: a family-friendly adventure suitable for all ages and an adventure designed for adults.

Gamers will find themselves onboard the fictional submarine Arvia II in a team of marine explorers and underwater detectives.

Virtual character Dr. Melissa Ryan will lead the groups of up to 10 on a thrilling underwater adventure.

The high-tech stops have truly been pulled out on Arvia thanks to motion simulation and fully interactive consoles while 3D surround sound completes the immersive experience.

There’s real science behind it all, too. To create an authentic experience, the developers at Düsseldorf-based technology company, Tennagels had to understand the controls and technological functions of a real submarine and build these into Arvia II to create a compelling story. 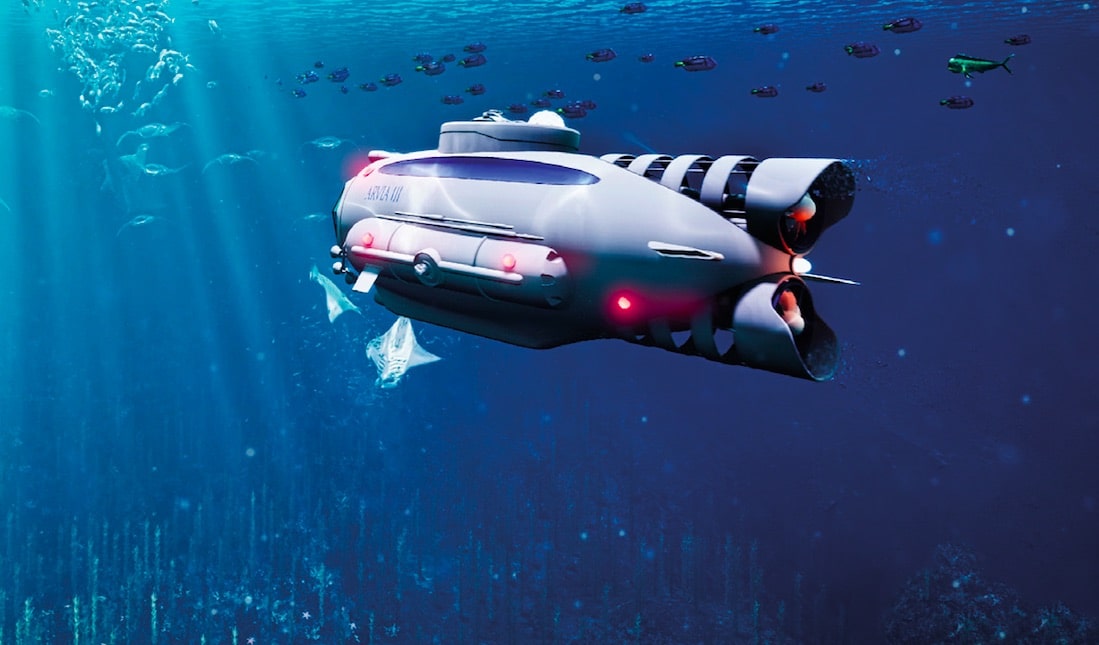 P&O Cruises president Paul Ludlow commented: “We wanted to create something brand new and we believe this is the first of its kind in the world.

“Our technology partner specialises in things that have never been done before so boarding Arvia II is guaranteed to wow our guests and be like being in the biggest blockbuster movie.

“The unique environmental experience will also leave guests with a greater awareness of the need to protect our fragile marine ecosystems.”

As for what else vacationmakers will find on Arvia, the ship boasts a unique SkyDome with a retractable glass roof and 16 guest decks, and will feature the first Altitude Skywalk high ropes experience, the tropical-themed Altitude Minigolf, the Altitude Splash Valley aquazone, an outdoor Sports Arena, swim-up bar and infinity pool.

Find out more
Published 21.06.22
Back to posts
News and Interviews

Cruise fans have plenty to look forward to when it comes to new ships in the next couple of years.

Cruise news has seen some exciting developments this week when it comes to new sailings and new cruise ships for lines from Cunard to Disney.

Queen Elizabeth II: A life well-travelled – Her Majesty at sea

Queen Elizabeth II, who sadly passed away aged 96 on September 8, 2022, enjoyed a great deal of travel during her long life and had a strong connection with cruising.