Share this
Articles to your Inbox
Islands in the sun

Why you should take a fly-cruise to the Canary Islands

The Canary Islands have been offering British vacationmakers year-round sun and escapism for many years – so why is it a good idea to take a fly-cruise to the Canaries? Canary Islands fly-cruise vacations are the best way to make the most of your time away in this sun-drenched archipelago off the coast of northern Africa.

By jetting straight from the UK to the Canaries, you can be enjoying your vacation, cocktail in hand, by lunchtime.

P&O Cruises is offering a selection of Canary Islands fly-cruise vacations onboard Azura. The cruise ship is family-friendly with 23 bars and restaurants, sports and spa facilities, four pools, three theatres and much, much more.

With P&O Cruises, you’ll fly direct to Tenerife with minimal faff. This means you can start exploring your destination from the get-go and fully embrace that vacation spirit without waiting for your cruise ship to make its way southwards from Britain.

So, what do you need to know about these P&O Cruises vacations, all available to book via specialist cruise agent Bolsover Cruise Club? Fly cruise Canary Islands: How to fly to the Canaries

P&O Cruises fly-cruise vacations to the Canary Islands see flights included in the upfront cost – so no nasty surprises part-way through booking!

Flights are from London as standard, but other UK airports are available. In fact, the cruise line has an amazing offer on certain Canaries cruises at the moment. Thanks to this deal, you can fly straight to your ship from local airports in the UK at no extra cost if you book by September 5!

The specific date and time of your flight will be sent to you around six months before departure.

On a fly-cruise Canary Islands with P&O Cruises, you will fly into Tenerife South Airport. The flight from the UK lasts approximately 4.5 hours, which is just enough time to get a head start on that latest thriller novel.

At the airport, you will be greeted by P&O Cruises representatives – so no stress on arrival!

Your luggage all taken care of, you’ll be whisked away to your cruise ship Azura on an included transfer, then it’s time to get ordering that cocktail! 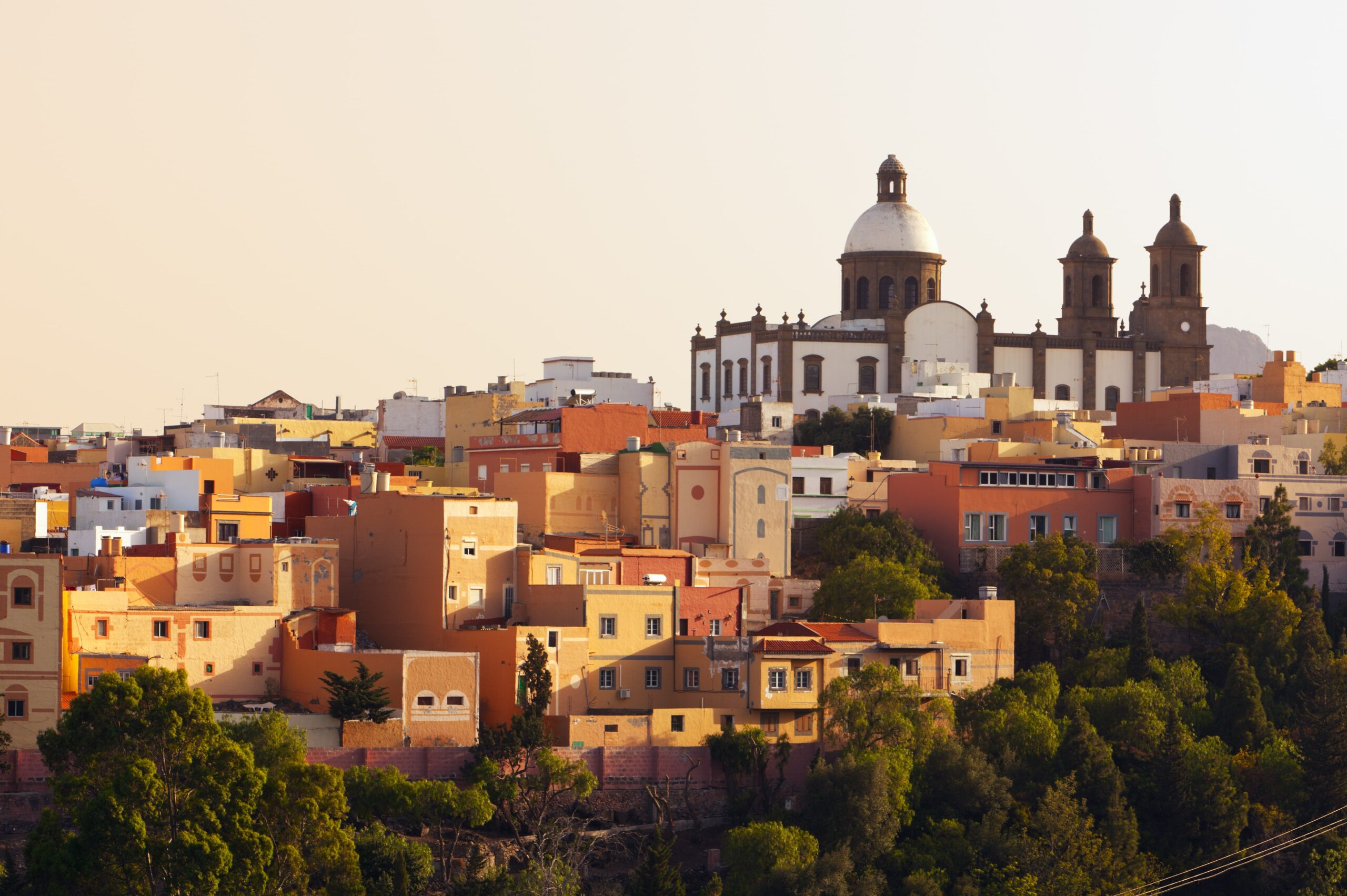 Fly cruise Canary Islands: Which ports of call does P&O Cruises sail to?

There are eight Canary Islands in total, and La Palma is the smallest of the five P&O Cruises sails to – perfect for those searching for a place less affected by tourism. The UNESCO World Heritage Biosphere Reserve boasts a volcanic crater, Caldera de Taburiente, which comes complete with a colorful waterfall. Some cruises here have a late departure from La Palma so you can explore it to the max.

At the other end of the spectrum is Tenerife, the biggest of the Canary Islands. Its major claim to fame is the active volcano Mount Teide and the surrounding national park. There’s culture and history in the town of Santa Cruz, as well as plenty of beaches and opportunities to try out watersports.

This is the second-largest island in the archipelago and promises the best white-sand beaches in the Canaries. Inland, there’s the ancient capital of Betancuria with charming, cobbled streets lined with shops and cafes as well as a fascinating volcanic landscape.

Volcanoes have given Lanzarote a moon-like terrain as well. Visitors can enjoy wine excursions and camel rides and a visit to Timanfaya National Park for breathtaking views.

This well-known island is home to the famous beach Playa del Ingles, the amazing Maspalomas Dunes and Finca Los Castaños, the only spot in Europe where coffee is still traditionally cultivated. Don’t miss Palmitos Nature Park with fab flora and fauna and the architecture in the old town of the capital Las Palmas de Gran Canaria. 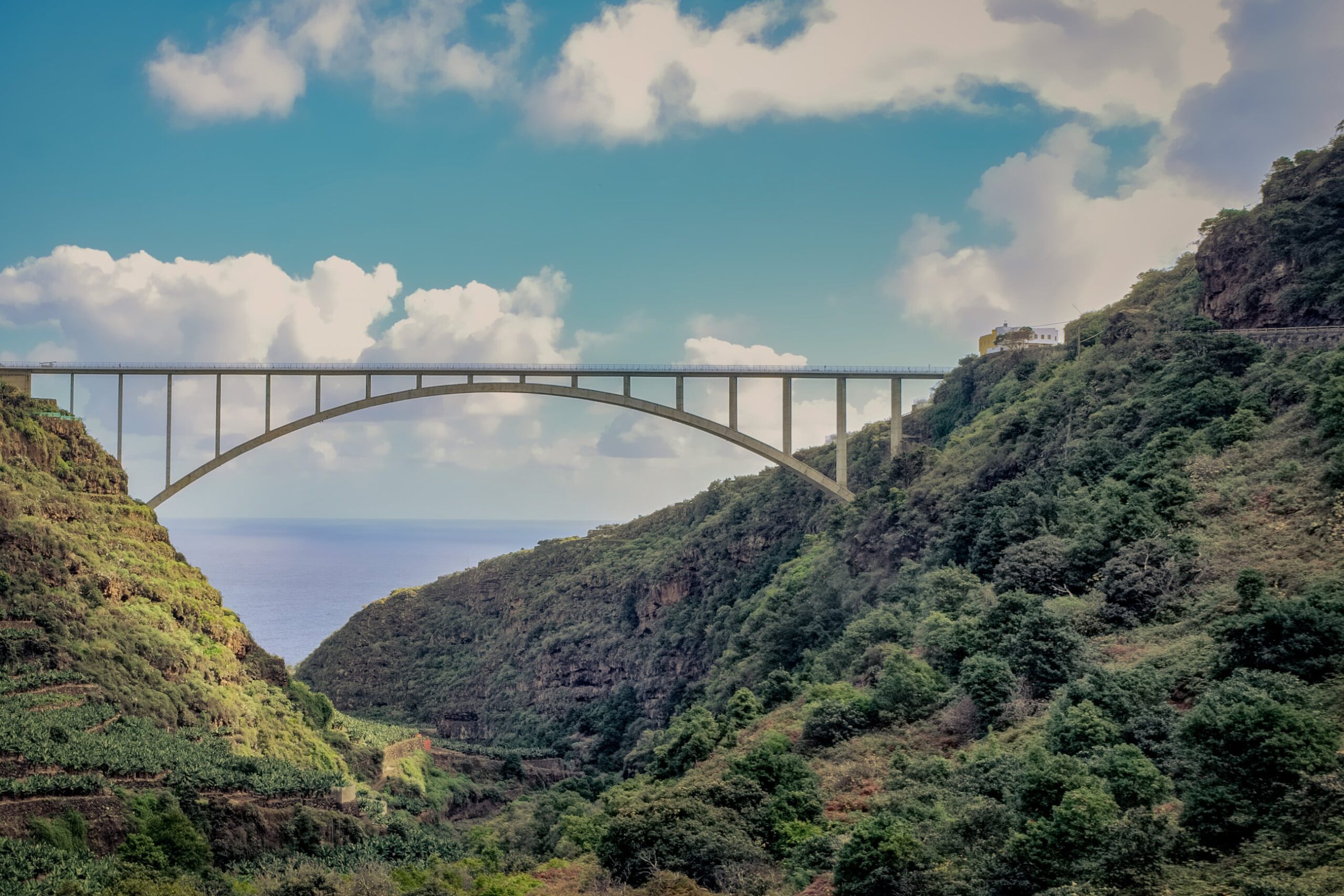 There is a plethora of fly-cruise Canary Islands options at the moment, whether you’re looking to travel in 2022, 2023 or 2024.

All cruise on a roundtrip from Tenerife on 14-night sailings – and, of course, have flights included.

Prices range from £820 to £1,820 per person so, depending on when you want to sail, it’s more than likely there’s a cruise to suit your budget and needs.

Here is an idea of what Canary Islands fly-cruises are available to book now: