Enjoy the sweetest of vacations taking in the historic, cultural and gastronomical highlights of Italy from Genoa to Rome and Sicily with MSC Cruises.

The birthplace of the renaissance and the Roman Empire, and home to arguably the best cuisine, art and architecture in the world, Italy offers La Dolce Vita – and then some.

From the Baroque beauty of the Trevi Fountain to Michelangelo’s awe-inspiring and cricked-neck-inducing Sistine Chapel through to the Cappella Palatina of Palermo and UNESCO-listed Palazzi dei Rolli of Genoa, Italy is bursting with cultural riches and artistic heavyweights that make this country a European Virtuosa.

Walk Rome’s cobbled streets from the ancient Colosseum, the largest amphitheatre ever built, to the fashionable Via Condotti’s which showcases the very best of Prada, Gucci and Dolce & Gabbana, and you’ll see why this gorgeous capital consistently ranks as the one of the world’s greatest treasures. 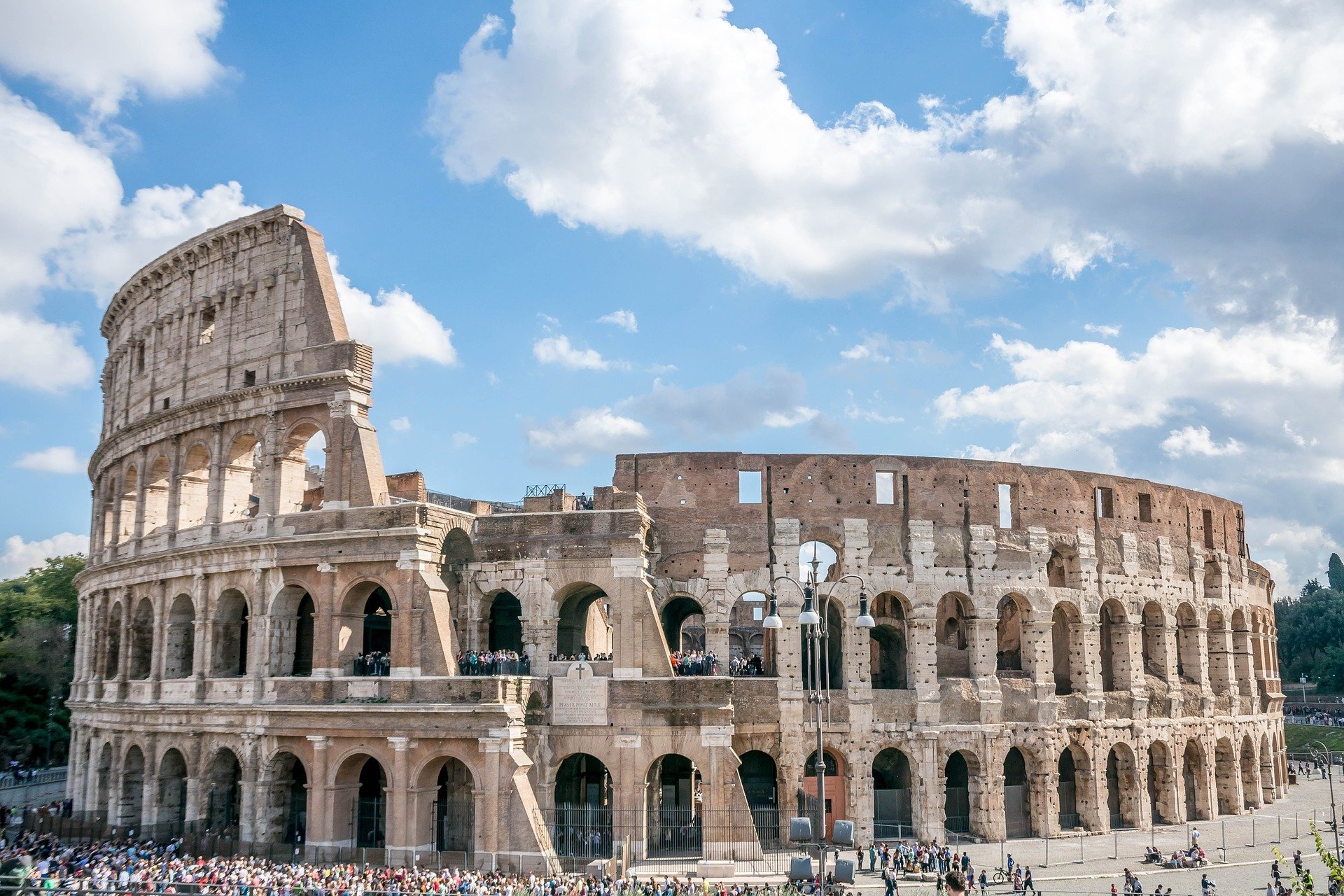 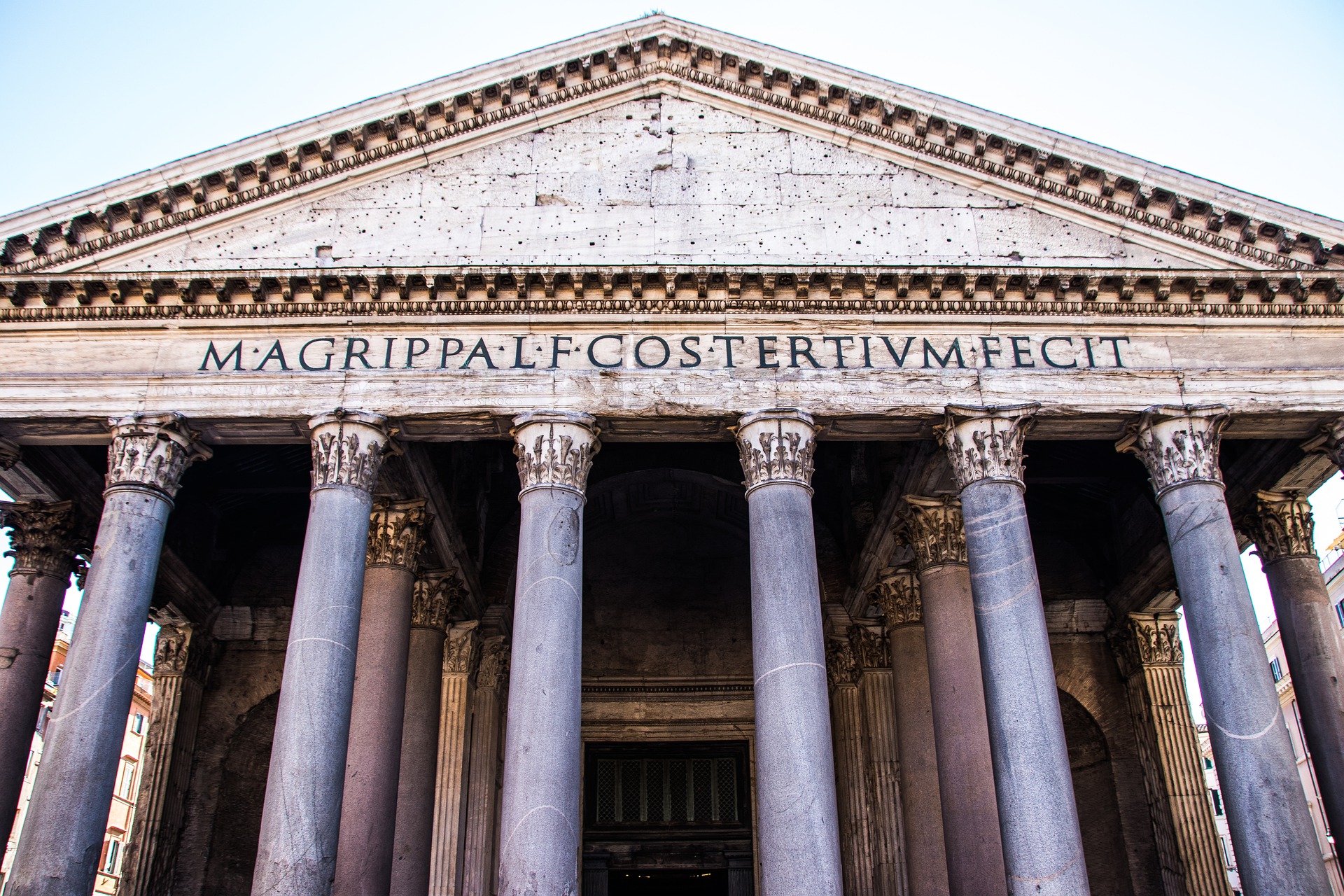 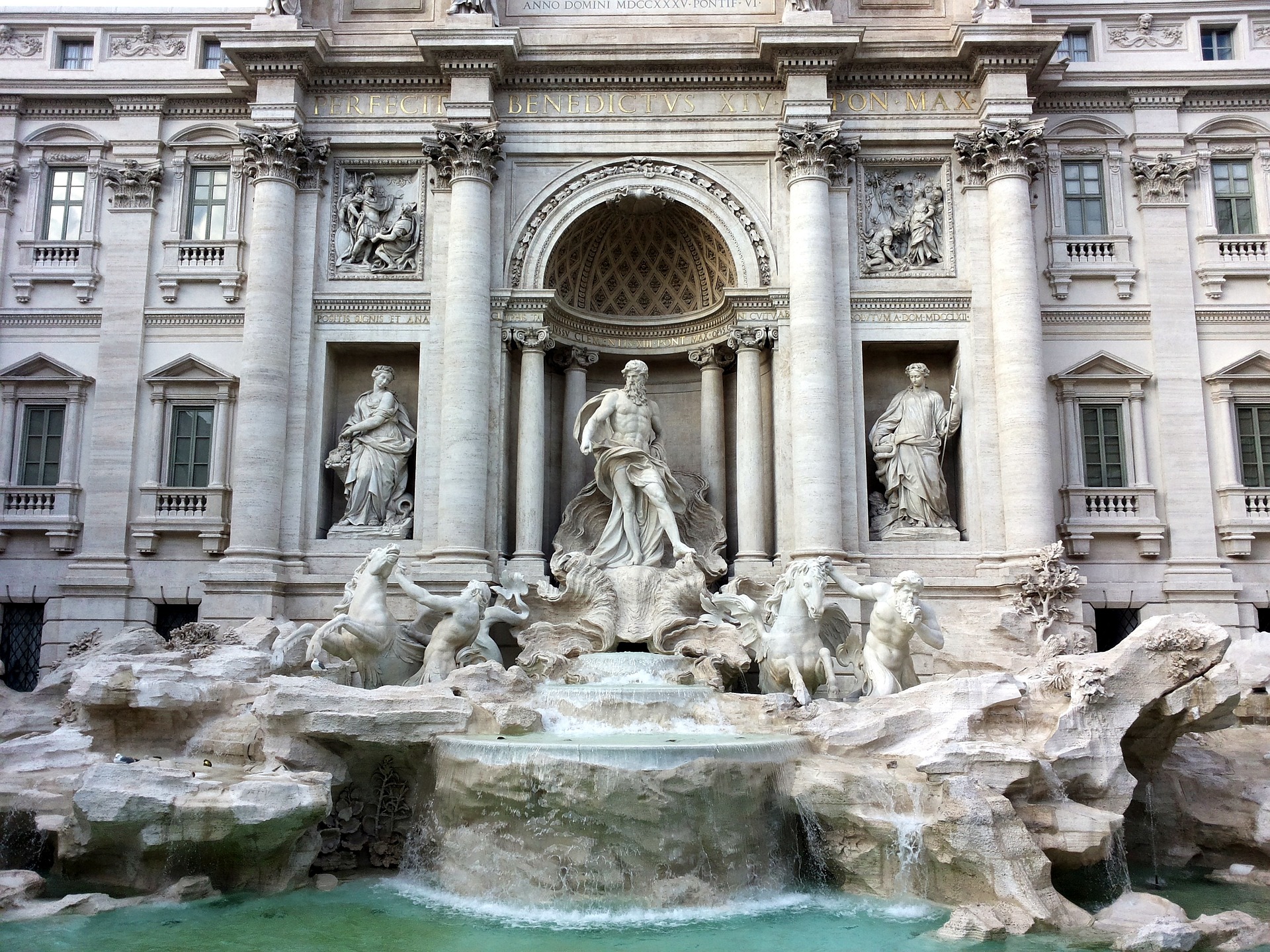 But the Eternal City is just one of many jewels this Mediterranean hot spot has to offer. From Venice to Naples, and Genoa to Palermo, Italy has more UNESCO World Heritage Sites than any other country on Earth and a history spanning back to 753BC.

And the best way to see it all is on a cruise, seamlessly taking in one city after another to discover the vast architectural, artistic and gastronomical delights Italy has to offer.

MSC Cruises is a Mediterranean cruise line that celebrates all things Italian. On board guests can watch chefs make pizzas by hand, stretch mozzarella and then eat them as the ships including MSC Virtuosa, MSC Seaview, MSC Bellissima, MSC Splendida, MSC Magnifica and MSC Preziosa, among others, sails around the Italian and Mediterranean hotspots giving everyone a glimpse of that famed Sweet Life. 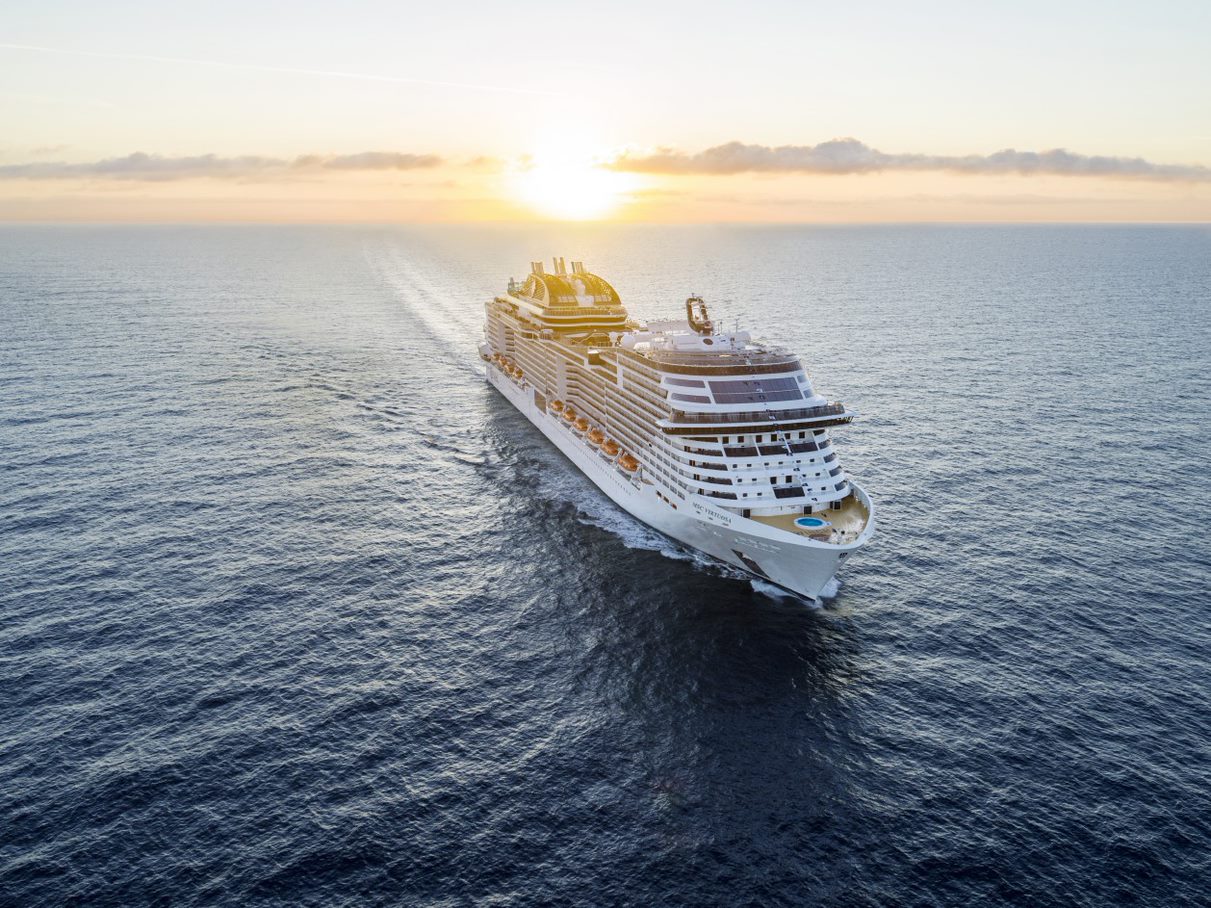 MSC Cruises offers a range of Mediterranean cruises out of Civitavecchia, which has been the port of Rome since AD 108 during Emperor Trajan’s reign. Just a couple of hours’ flight from the UK, the city is worth exploring for its 16th-century Michelangelo fort, marble Vanvitelli fountain and ancient Taurine Baths.

Hop onto a train or take an MSC Rome sightseeing excursion which will transfer you from the ship into the city for a fascinating guided coach tour to make the most of your day in this incredible capital. Marvel at the Cestia Pyramid, Circus Massimus, Villa Borghese and Via Veneto before being dropped off at the Vatican to explore on your own.

First stop: the largest amphitheatre ever built, the Colosseum, where gladiators fought wild animals including bears and tigers before a 50,000-strong baying crowd. Now a UNESCO World Heritage Site, you’ll tour the ancient stadium commissioned in 70AD by Roman Emperor Vespasian, before visiting the nearby Roman Forum to see ancient ruins including the Temple of Julius Caesar. Walk up Palatine Hill and you’ll be greeted by the sight of Nero’s Circus Maximus, where crowds of 150,000 would watch chariot races in the largest capacity stadia in history. 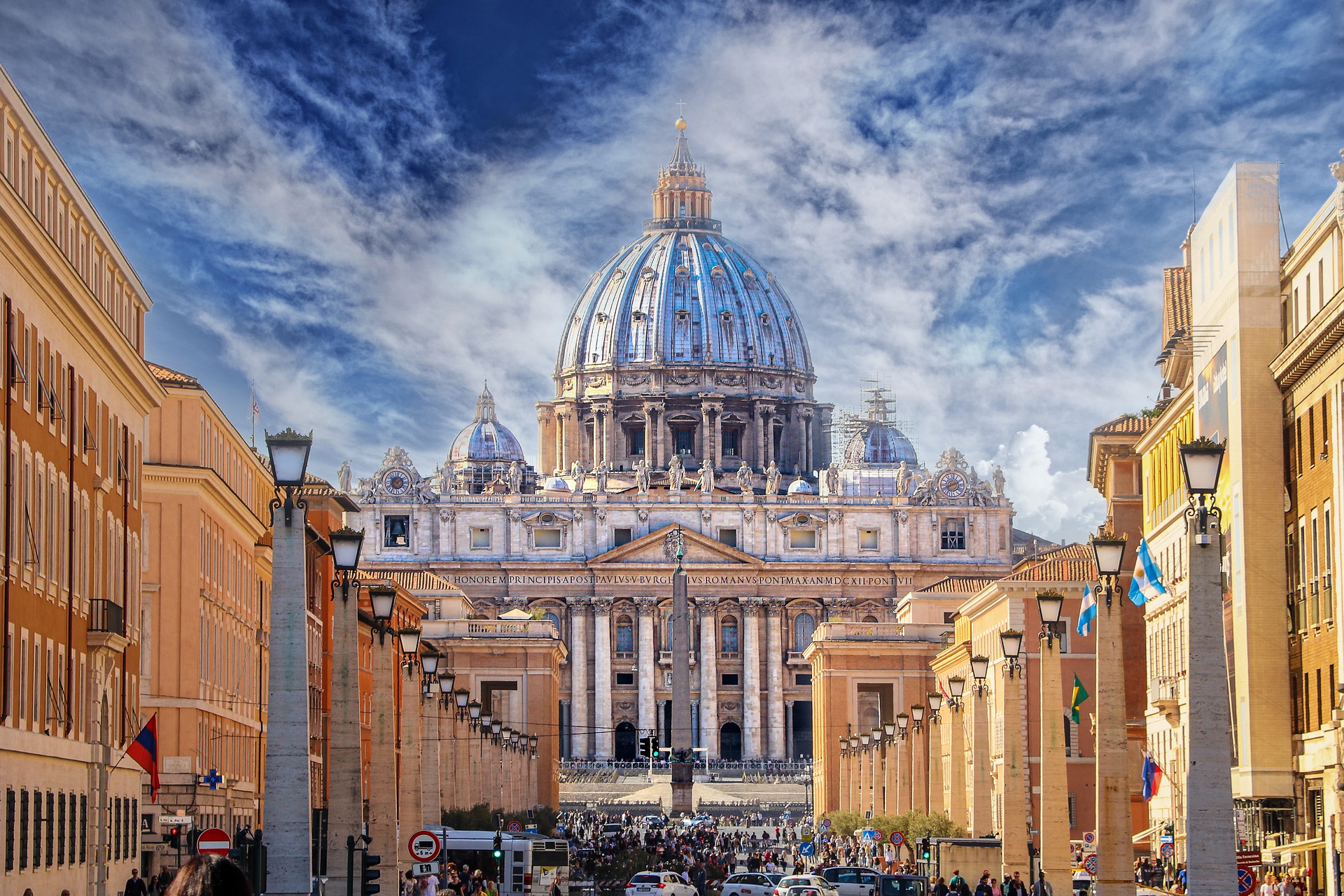 The world’s smallest country, Vatican City is in the heart of Rome and has been the seat of the Papacy since 1377. Take a tour of St Peter’s Square, St Peter’s Basilica, the Sistine Chapel and the Vatican Museums which includes works from Leonardo da Vinci, van Gogh, Caravaggio, Gaugin and Raphael.

Throw three coins into the 18th century Baroque beauty that is the Trevi Fountain – over your left shoulder for luck while making a wish – and you’re sure to return to Rome. Featured in Roman Holiday, starring Audrey Hepburn, this Italian masterwork showcases Triton on a shell-shaped chariot with gleaming white horses, so many people long to come back to the Eternal City that more than 3000 euros a day are thrown into the water, which is given to a catholic charity. Sitting on the edge of Europe, and at the centre of the ancient world, off the coast of north Africa, Sicily is a melting pot of cultures, art, and architecture. Souks nestle up against baroque churches, Arabesque domes, and Byzantine mosaics.

The largest island in the Mediterranean is a heady mix of its colorful history, having been fought over by countless countries and civilisations since the first humans lived here in 12,000 BC.

Now Sicily, and its bustling port of Palermo, is a stunning and sophisticated island boasting mouth-watering cuisine, divine architecture and beaches to rival the Caribbean. If you can drag yourself away from the golden sand, lapped by azure waters, then head to Palermo’s top tourist attraction, the Cappella Palatina, designed by Roger II in 1130.

Remember to cover your shoulders – shorts, low cut tops and short skirts and dresses are not allowed – and you’ll be rewarded with glittering gold mosaics, carved marble floors, walls inlaid with precious stones and a wooden muqarnas ceiling that is a masterpiece of Arabic-style honeycomb carving.  The chapel is simply breath taking and a jewel in Palermo’s cultural crown. If there’s time after gazing at such beauty, stroll to the Capo, a busy fish market, before marvelling at the Teatro Massimo Opera house, which took more than 20 years to complete. It might look familiar to film fans – the closing scene of The Godfather: Part III was filmed here. 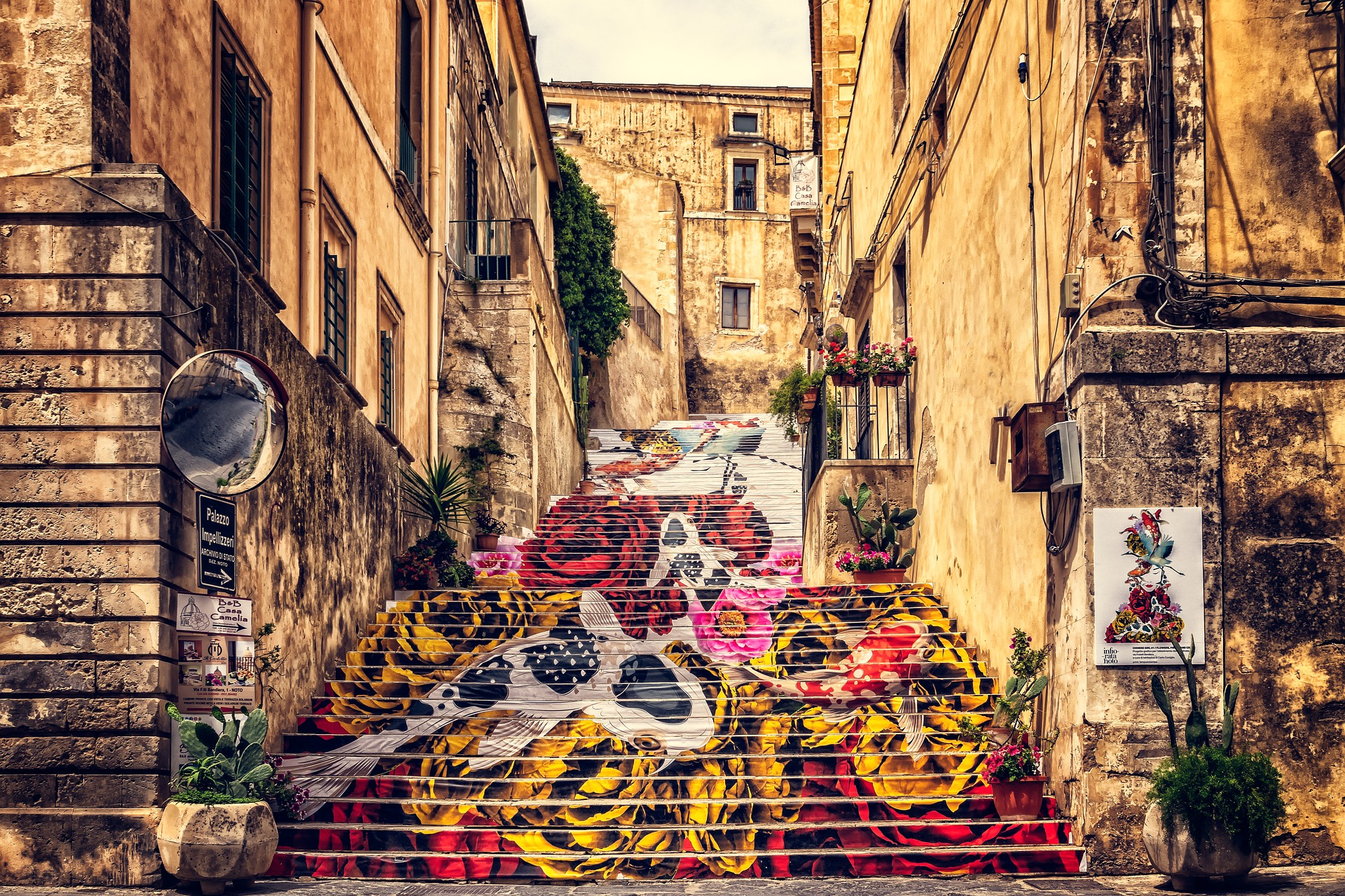 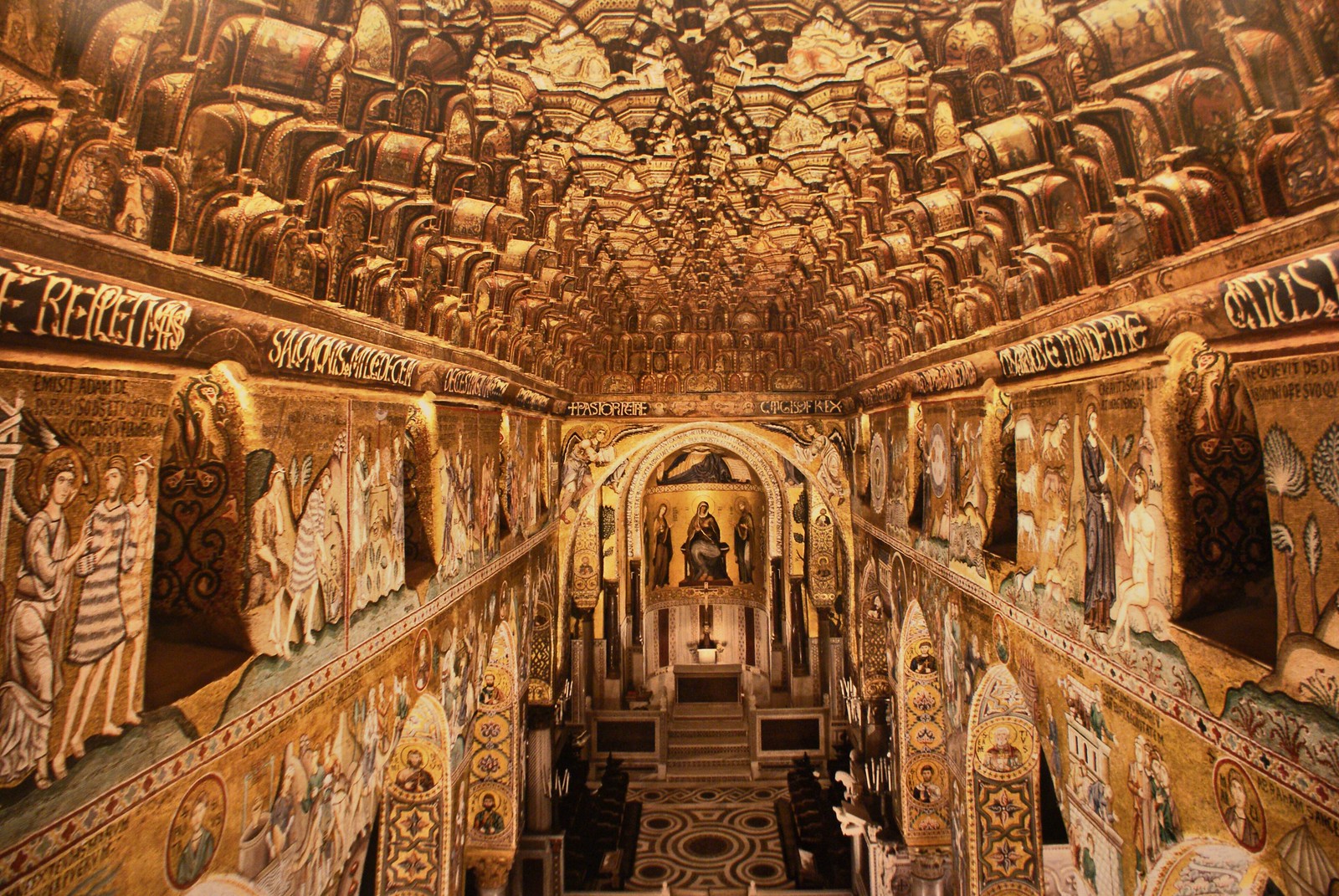 For a real slice of Italian history, visit the Ruins of Segesta, an hour’s drive away. The archaeological site straddles a hilltop, and boasts a well-reserved Doric temple and 3rd century BC Greek theatre. Afterwards, stop at the medieval town of Erice, with a Norman castle, 14th century Mother Church and cobbled streets. On the way back to Palermo you’ll be able to see the impressive wall protecting the historic town. 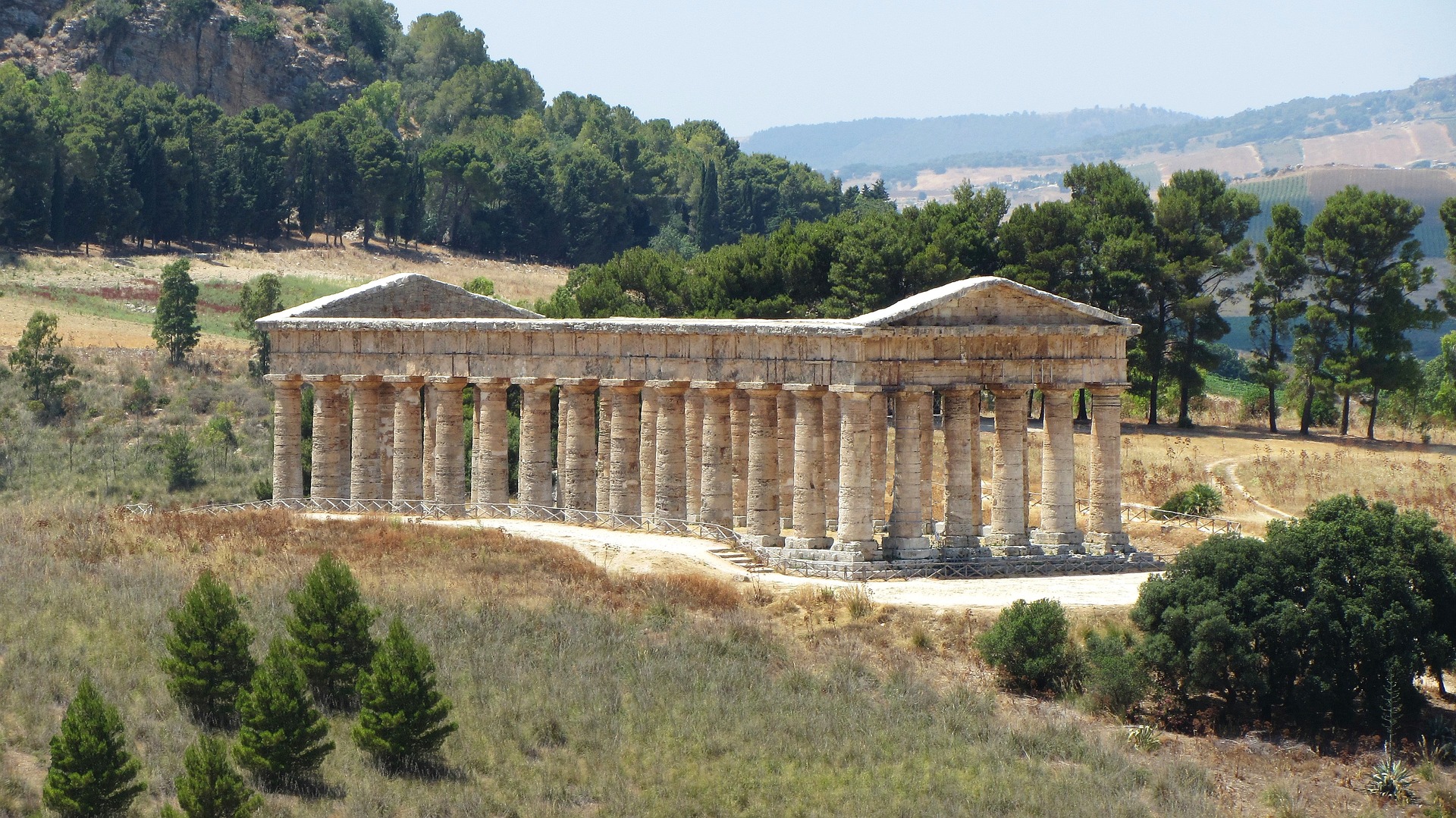 Fancy seeing the best of nature and architecture in one place? Then tour the coastal town of Cefalù which has one of Sicily’s best beaches and mosaic adorned Arab-Northern Cathedral, Duomo di Cefalù. The medival town is so pretty and starred in director Guiseppe Tornatore’s classic Cinema Paradiso. See the medieval washhouse, carved out of rock, before meandering through the narrow cobbled streets to buy souvenirs or just window shop, taking in the fantastic sights, sounds and smells of this Sicilian gem. 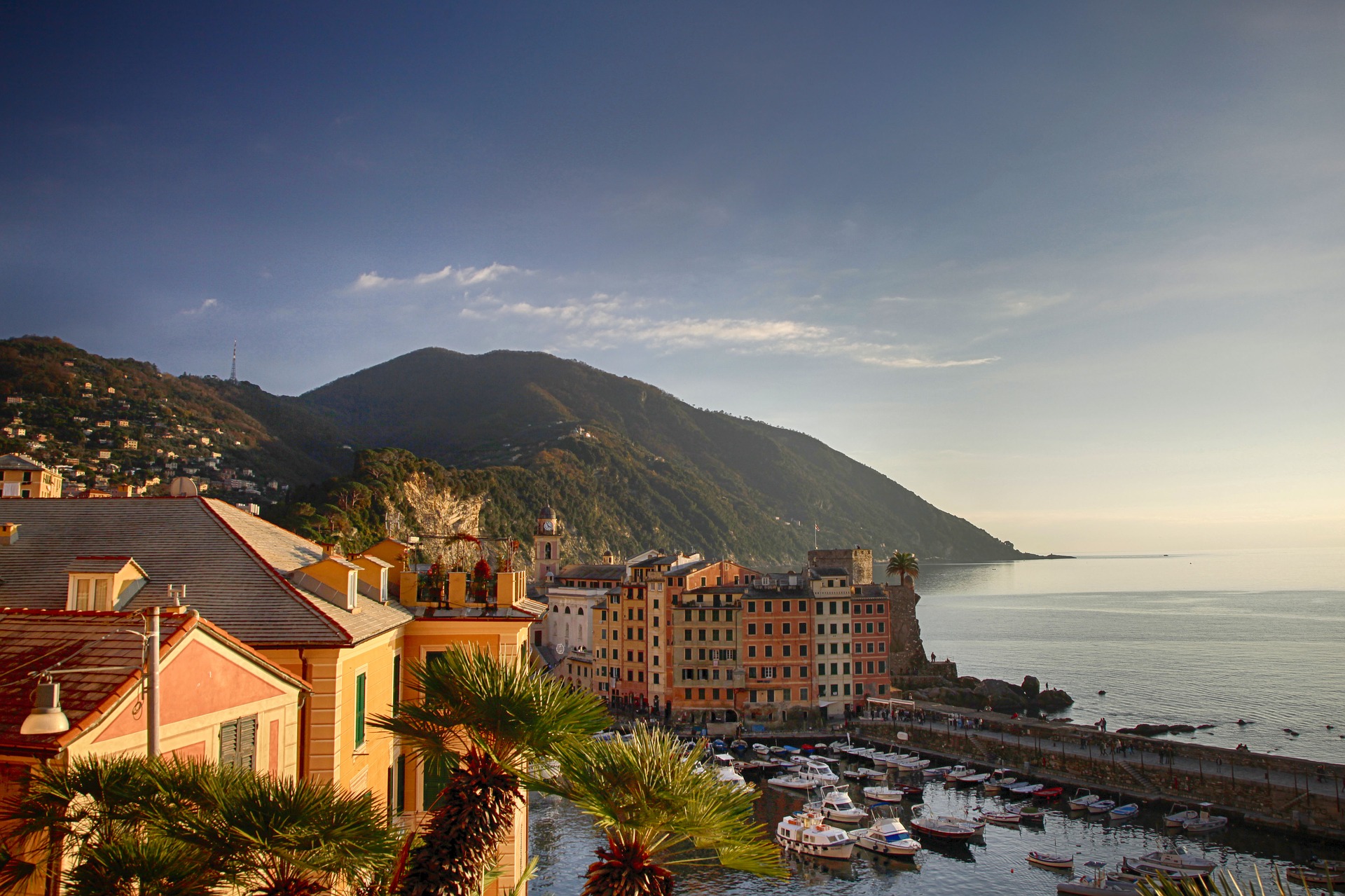 Ruling over the Mediterranean waves during the 12th to 13th centuries, the port of Genoa is a captivating blend of faded grandeur, and eclectic charm which more than hints at its former glory.

Known as La Superba, the largest of Italy’s sea ports is the gateway to the Riviera and a fascinating town worthy of exploring just for its twisting maze of caruggi – dark, narrow medieval streets that reek of history.

Emerge into Via Garibaldi, and the gleaming gold leaf halls of the Enlightenment-era Palazzi dei Rolli, now UNESCO-listed, and containing amazing art collections. The houses once occupied by Genoa’s wealthy mercantile families are now museums, art galleries and cafes. Visit the Acquari di Genova, on the waterfront, which is home to sea creatures and the world’s biggest reconstruction of a Caribbean coral reef.

A visit to the beautiful coastal village of Portofino is a must just to see how picture-perfect Italy can be. Take the scenic route with an MSC Excursion to the Italian Riviera, and Santa Margherita Ligure where you’ll take a 10 minute boat ride to Portofino. Perched on its own peninsula, and with pretty designer boutiques and gleaming yachts in the harbour, this is the place to be seen. Join the jet set, and other tourists, to Castello Brown, a former castle that was transformed into a private mansion in 1867. Or do what the locals do and sit in a harbourside café people-watching and looking absolutely Bellissima!

In association with: MSC Cruises

Published 05.04.22
Back to posts
History and Culture Buffs

Last-minute cruise deals for those looking to get away this summer and early autumn are very much still up for grabs.

Repositioning cruises present a unique opportunity to cruise across the transatlantic enjoying two worlds while making the most of some banging deals.