Share this
Inspiration to your Inbox
Pack your bags

November vacations provide the perfect excuse to get away from the grey of the UK when the thrill of fall has passed and Christmas still seems far away. These are the best cruise destinations to visit.

November vacation destinations can be found all around the world whether you’re looking for European culture, sun-soaked beaches in the Caribbean or a frozen wonderland in Antarctica.

We’ve rounded up five of the best places to cruise in November. You’re welcome. 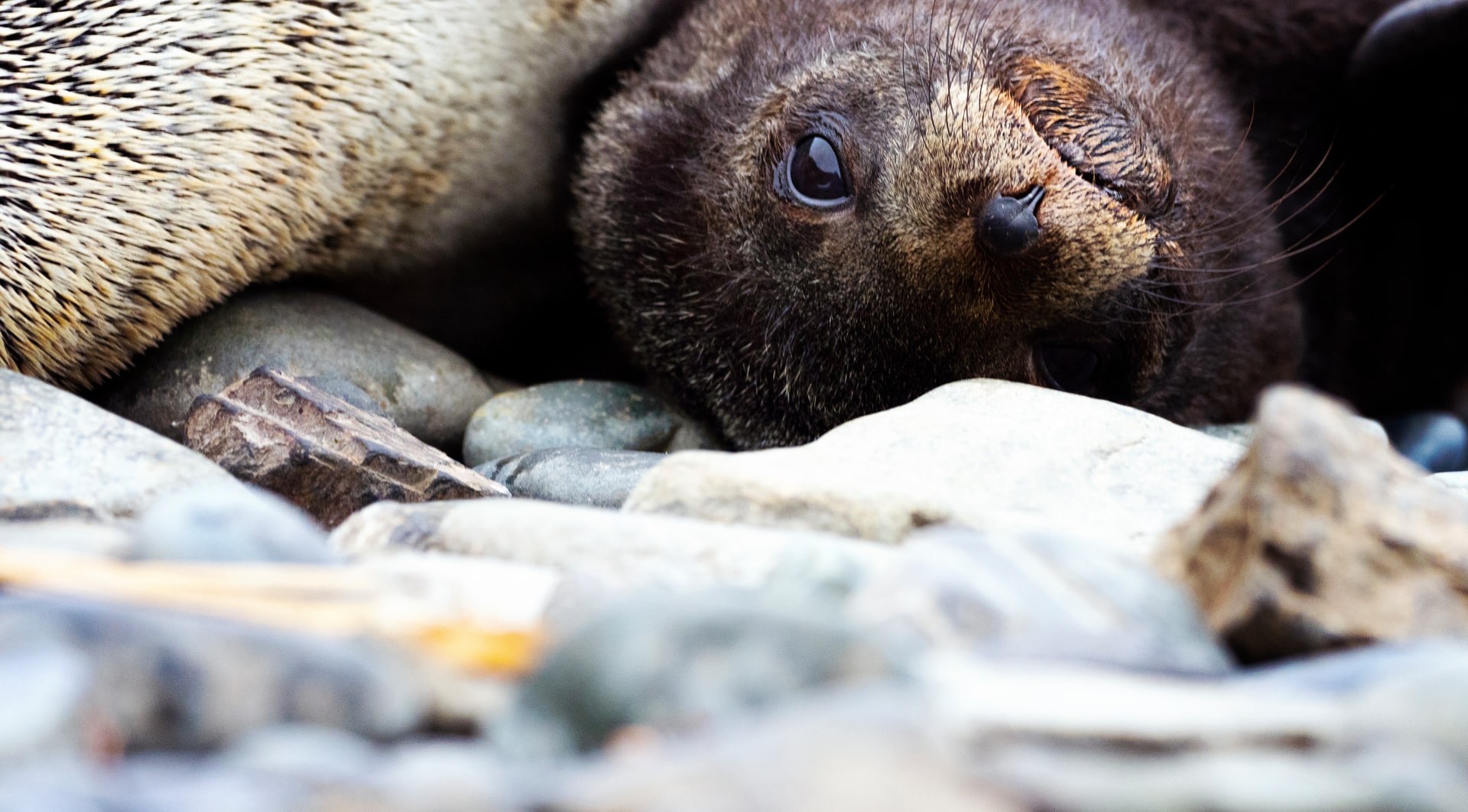 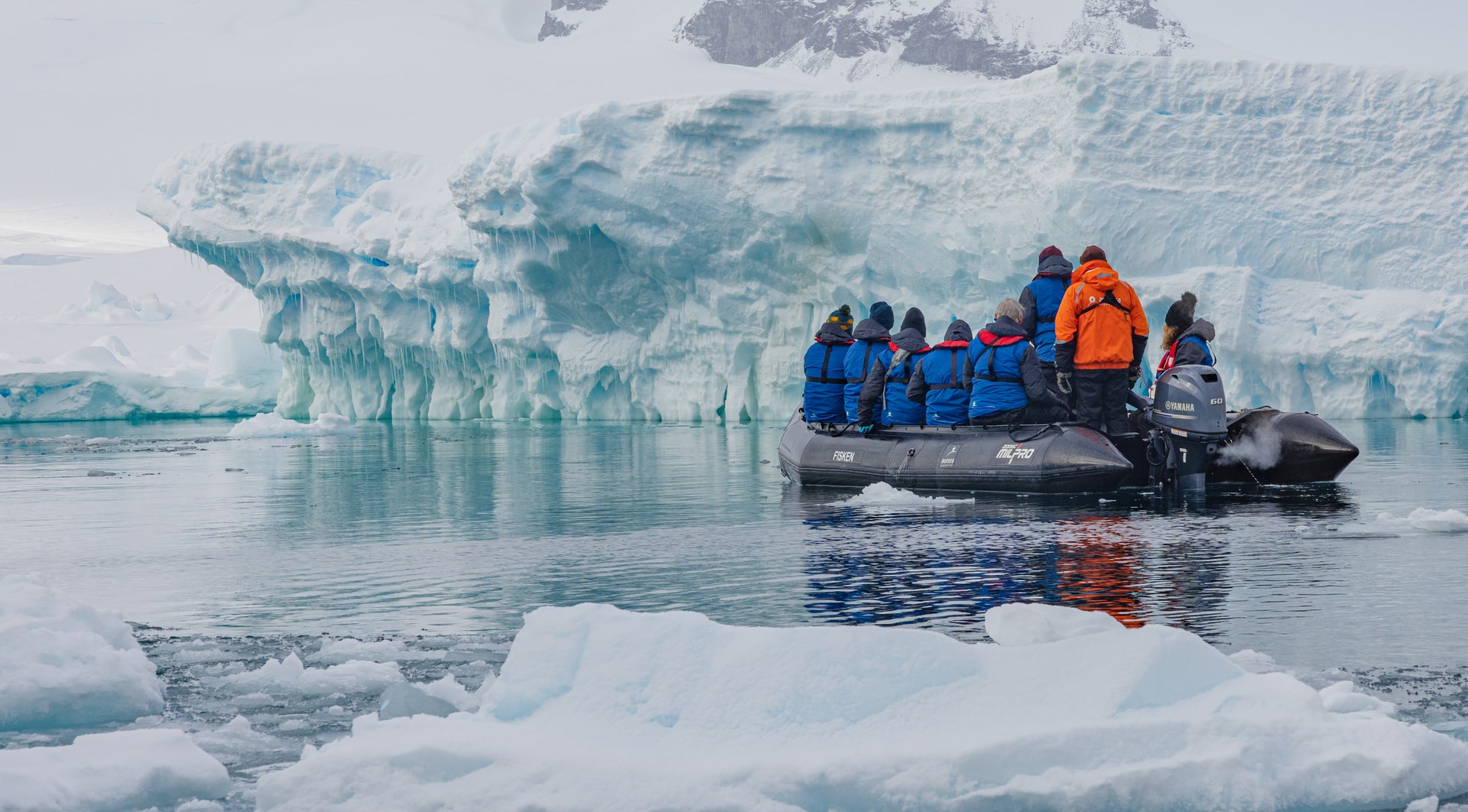 A winter wonderland cannot be guaranteed in the UK come winter but it sure as hell can in Antarctica – perfect for getting you in the festive spirit ahead of Christmas.

November is actually Antarctica’s spring as it’s in the southern hemisphere so this is when expedition cruises sail the icy continent as penetrating pack ice is finally possible at this time of year. Go at the start of the season and you’ll benefit from the freshest powder and the biggest icebergs.

This month is also when the local fauna starts getting frisky (wahey) as spring mating is in full, ahem, thrust. Hopefully, you’ll see penguins buildings nests, Weddell and fur seals feeling the love and breeding elephant seals battling it out. Look out for albatross, marine fulmars and petrels flying the Drake Passage and Blue-eyed shags returning to the continent, too.

If you’re after action yourself (no, not like that) the Antarctic spring is also ideal for skiing, snowboarding and snow-shoeing, with average temperatures of -2°C. 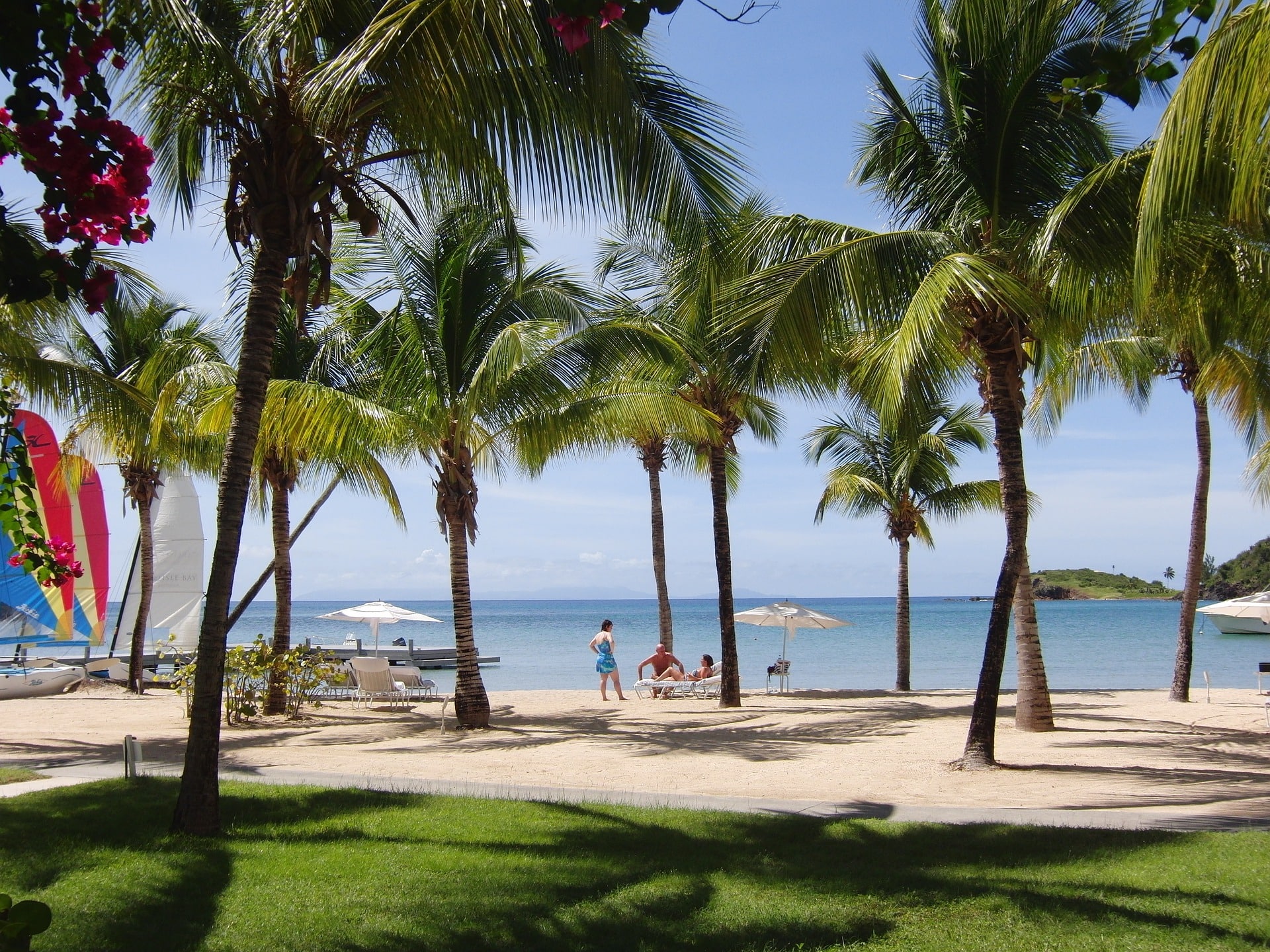 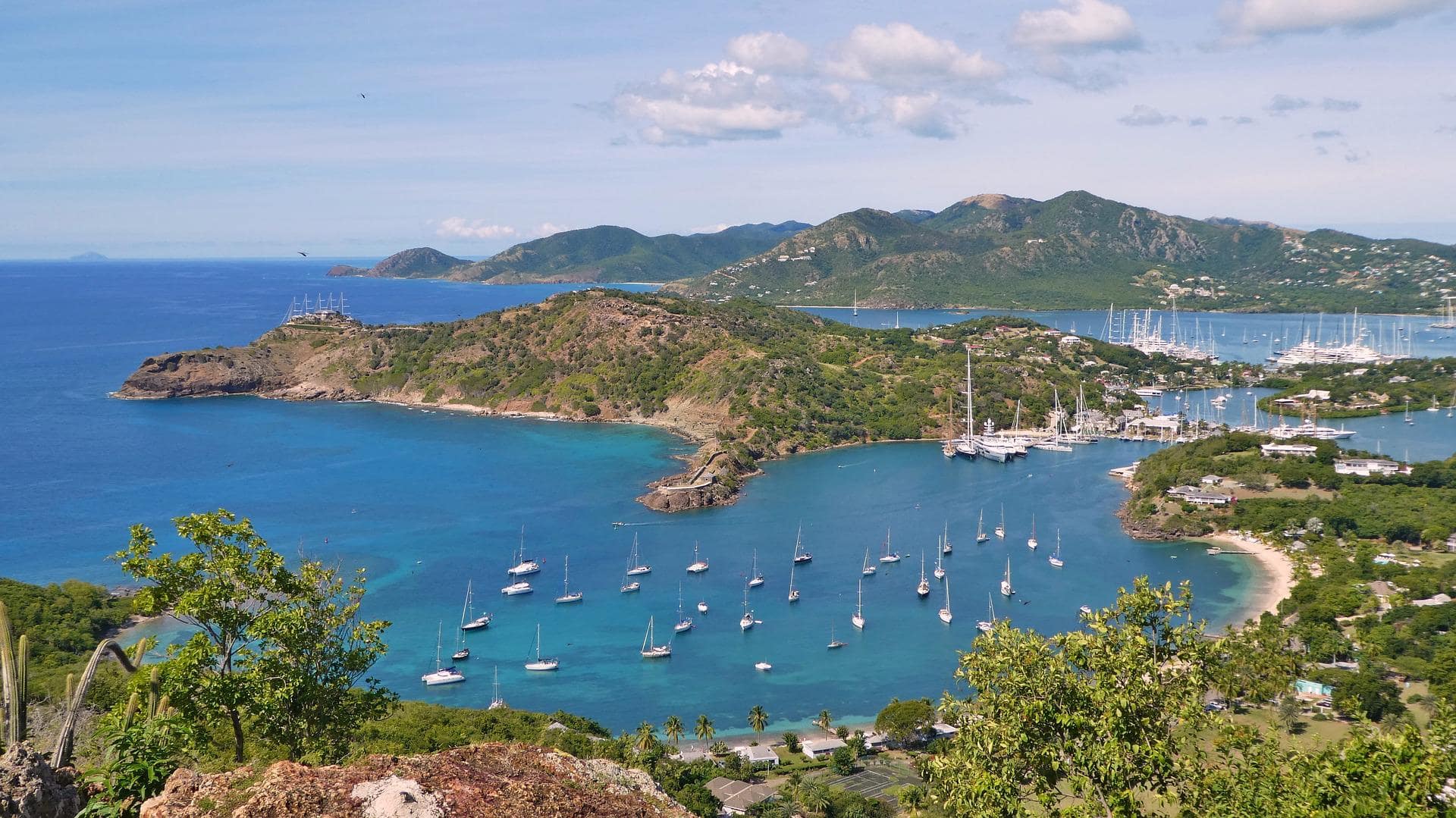 Sand in your toes

Looking for November vacation destinations somewhere a bit warmer? Time your trip to this Caribbean island for the beginning of the month and you can join in Antigua and Barbuda’s Independence Day celebrations on November 1. There are also good hotel deals to be snapped up if you fancy a cruise and stay vacation as the country revs up for peak tourism season in December.

Sip on rum punch, tuck into the freshest seafood and laze on one of Antigua’s 365 beaches during November vacations here – we forgive you for feeling very smug when everyone is shivering in two jumpers back in the UK.

There are Georgian buildings along Nelson’s Dockyard (a centuries-old British naval base) to admire and fancy yachts floating in the English Harbour. Head to Shirley Heights for the best views and be sure to try snorkelling and diving in the sunken coral reefs, too. If you have time take a boat trip over to quaint and tiny Barbuda with the most marvellous pink sands.

A plus point of Antigua over others in the Caribbean? It’s the sunniest of the Eastern Caribbean islands and in November the average temperature is 28°C. Best pack that sunscreen, and a hat, and the best beach reads and…you know what just pass us a piña colada. 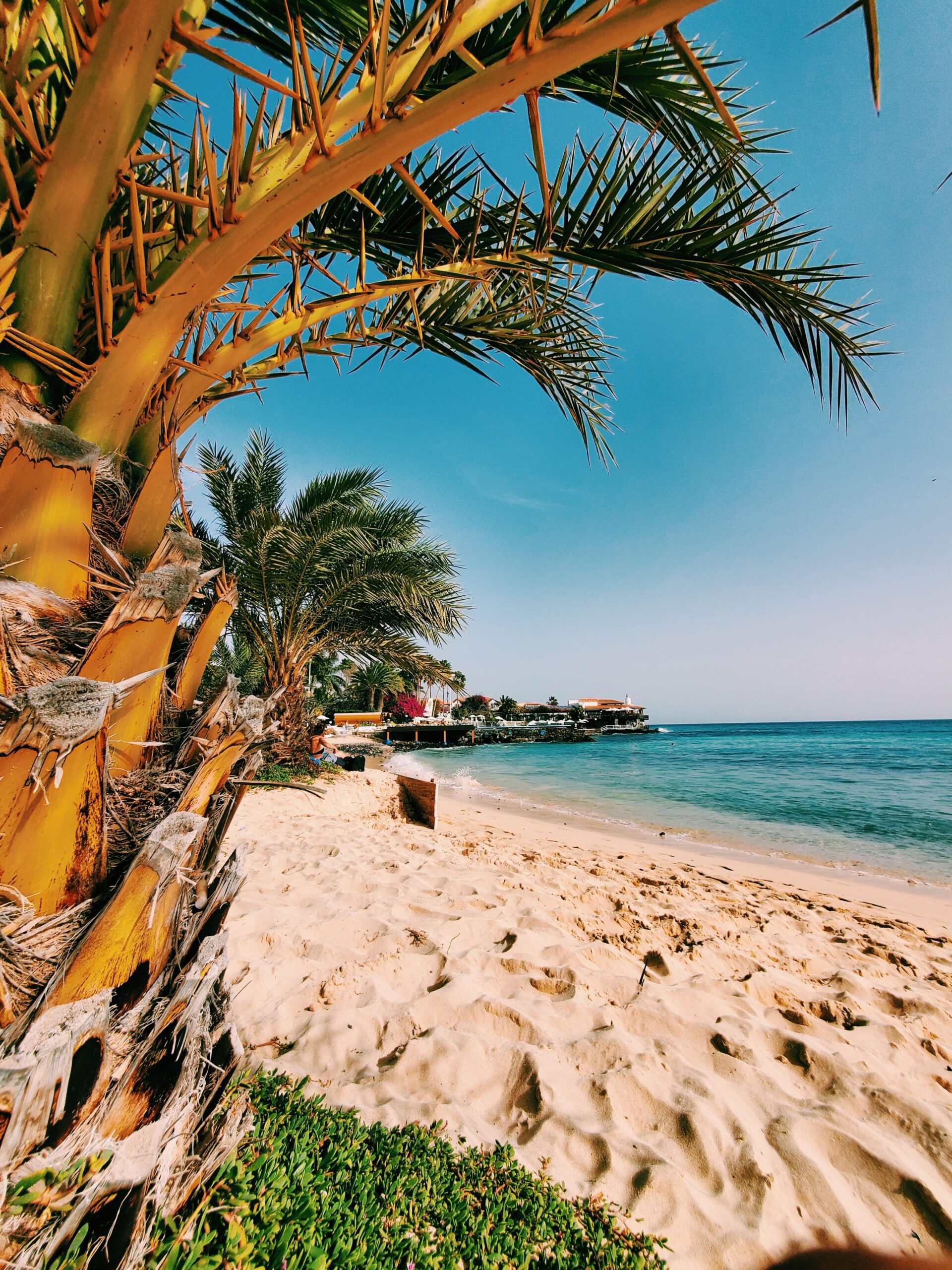 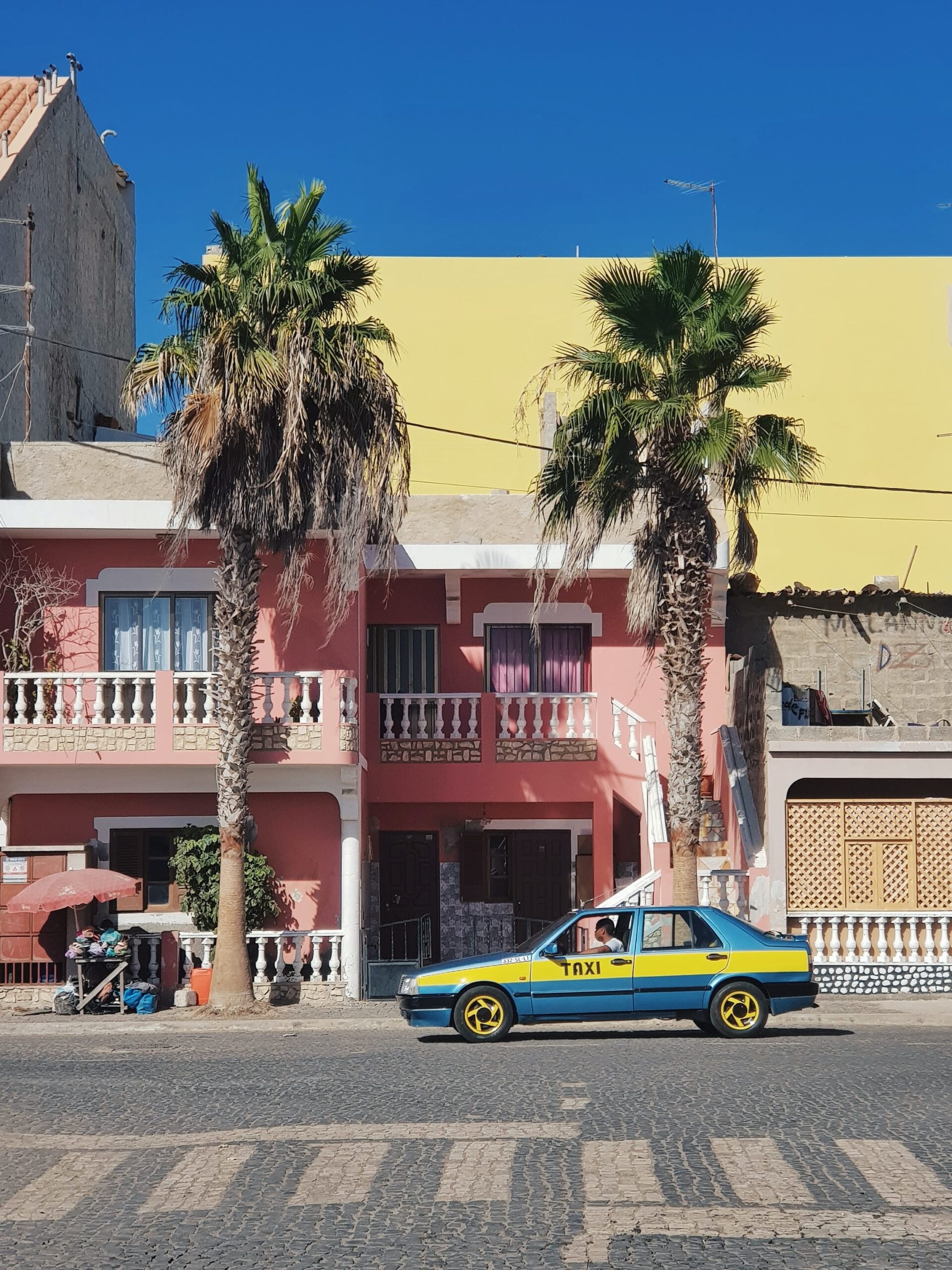 Keen to discover the best places to go on vacation in November but don’t want somewhere everyone else is going to? Cape Verde islands are perfect for vacationmakers after beaches, surfing and beautiful views that are more off the beaten track than, say, the Canary Islands, at this time of year.

Cape Verde consists of nine inhabited volcanic islands (and one uninhabited) off the western tip of Africa and guarantees winter sun minus the crowds. For November vacations the archipelago is emerging from its rainy season and bathes in almost endless sunshine with average temperatures of 27°C (now that’s smug).

Sal is the most favoured island, boasting a moon-like landscape and colorful, cobbled towns. The beach stretches along the coast for 8km with watersports and sunbathing popular. Head to busiest town Santa Maria for tasty local specialities – there’s a mixture of African, Brazilian and Portuguese influences in Cape Verde. Yummy!

More dazzling beaches can be found on Boa Vista which has a wilder feel and makes for one of the best November vacation destinations in Cape Verde. In fact, there is 55km of white sand along the coastline! Praia de Atalanta is home to an old Spanish cargo ship deserted in the water making it one of Cape Verde’s most photographed spots.

Scuba saving and snorkelling are fab in Cape Verde – you can swim alongside turtles and mantas while natural cave Buracona (or Blue Eye) boasts gorgeous turquoise colors in the sunlight. Quad biking and horse riding on the beach are also popular.

The island of Santiago is where cruise port, Praia, can be found. Try to visit Cidade Velha if you can – it was the first city to be built by Europeans in West Africa and features remnants from the Age of Discovery.

Mindelo, Cape Verde’s second biggest city, on the island of Sao Vincente is another cruise port – it’s known for its nightlife and Brazilian-influenced Carnaval celebrations and has beaches and brightly colored colonial buildings. 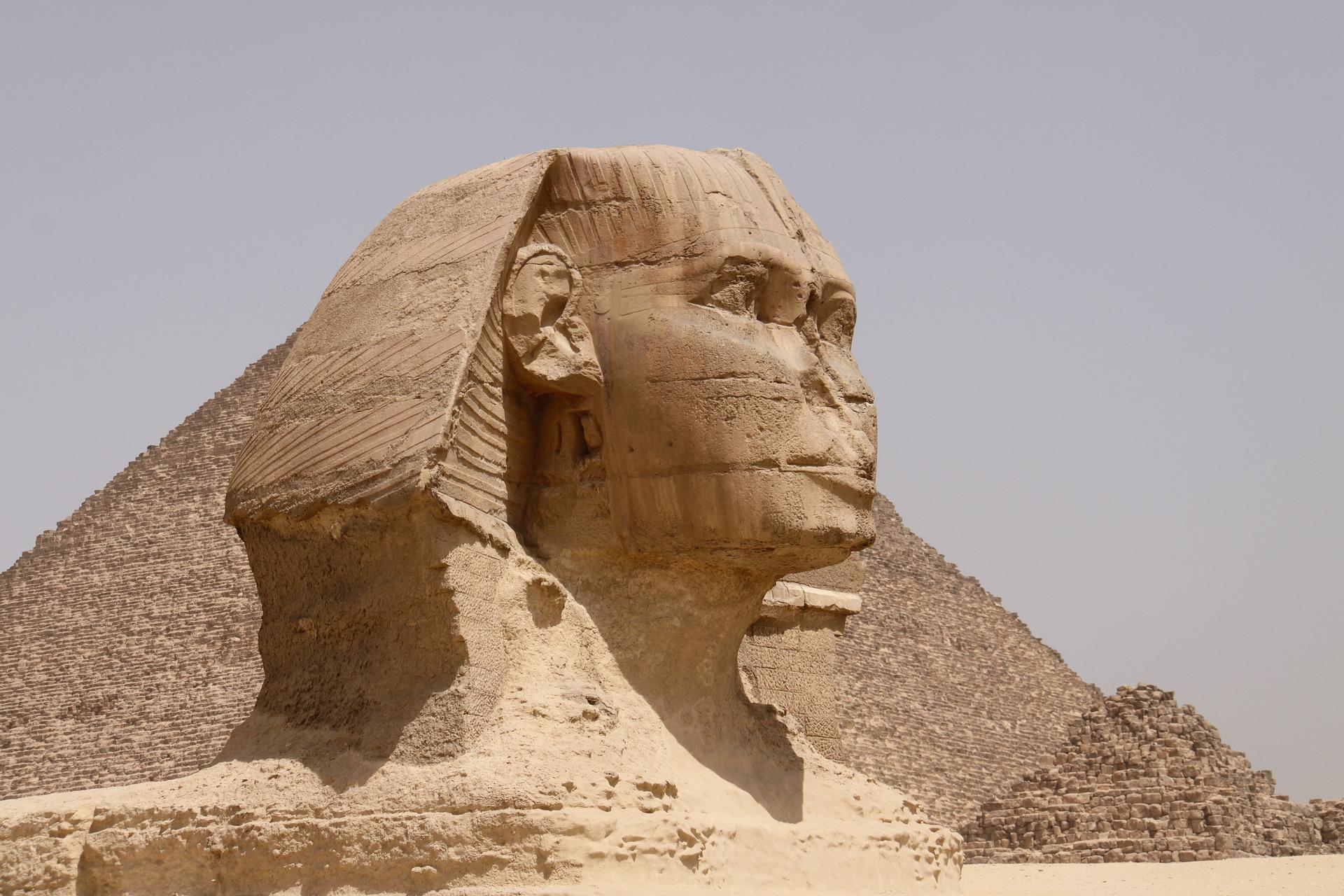 The extreme heat in Egypt has died down come at this time of year making it one of the best vacation destinations in November, with Cairo enjoying a balmy average temperate of 25°C.

It’s therefore the ideal time to explore the Pyramids without sweating bucketloads – did you know, the Giza Pyramid Complex is the only one of the Ancient Wonders of the World that still exists? It’s more than 4,500 years old.

Of course, there’s plenty of other ancient history to immerse yourself in on your November vacations – Egypt is one of the oldest civilisations in the world.

From the sprawling temples of Luxor and Karnak and the tombs of the Valley of the Kings to Esna’s towering Temple of Khnum and treasures in Cairo’s Egyptian Museum, you’re spoiled for choice with things to see and experience. Be sure to try sailing down the Nile on a traditional felucca boat, too.

Alternatively, take an ocean cruise on the Red Sea. Cruises call at Port Safaga (Bur Safaga in Arabic) a village on the Red Sea coast and you day take trips to Luxor from here. There are also lively beach resorts such as Hurghada and Sharm El Sheikh where you should be sure to try your hand at diving – it’s excellent in the Red Sea thanks to the extensive coral reef in Egypt’s coastal waters.

MSC Cruises, Emerald Cruises and Seabourn are among the lines with Red Sea cruises. 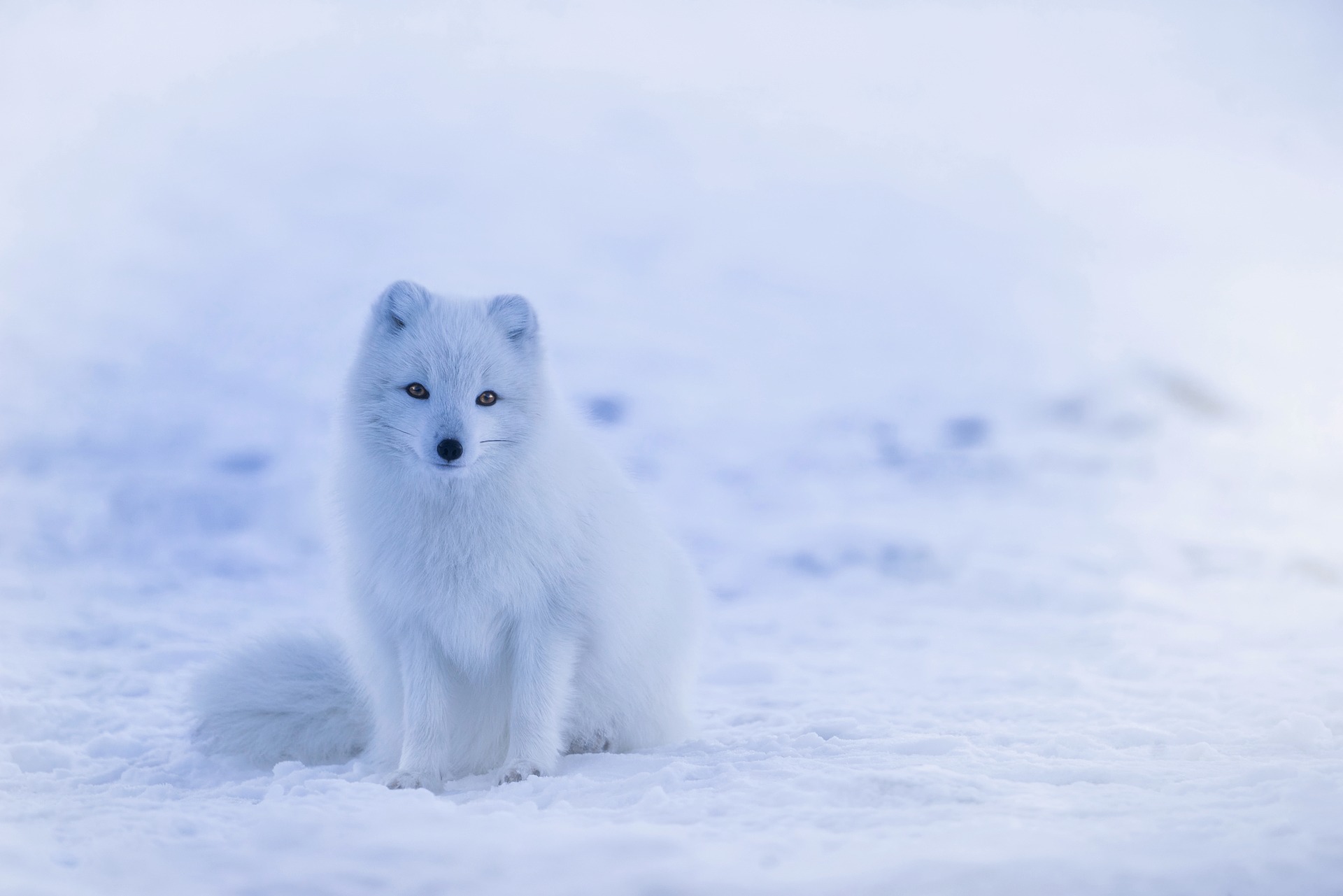 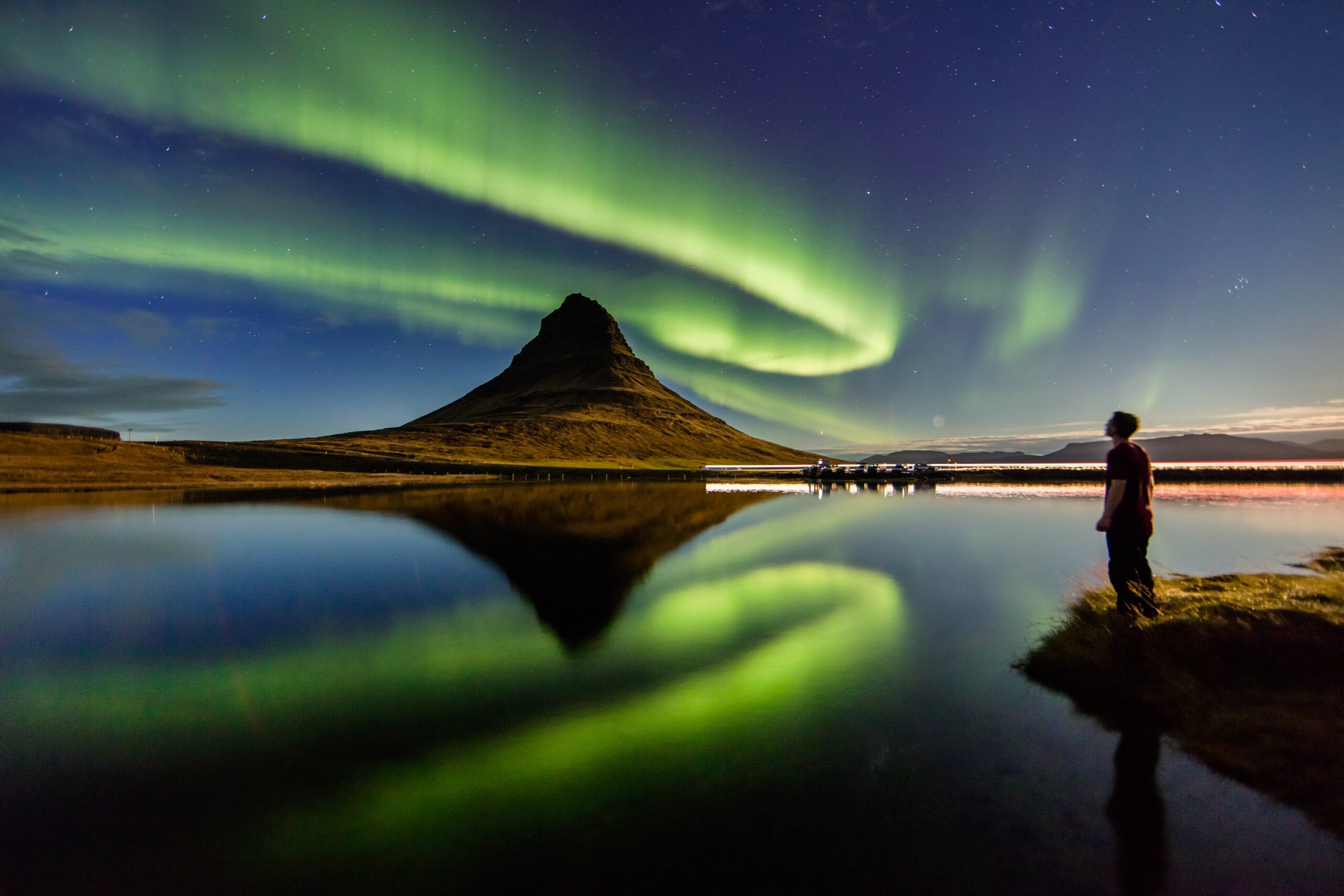 Iceland really begins living up to its name for November vacations as sub-zero temperatures arrive more frequently and dark winter nights draw in. With this comes the best chances of seeing the Northern Lights – remember, the more remote your location the better the chance you have of seeing the phenomenal light display dance in all its colorful splendour across the sky.

Tours into Iceland’s glacier caves open in full come November, with the most accessible caves in the south of Iceland. The Jokulsarlon glacial lagoon can be found at the edge of the vast Vatnajokull ice cap and is a perennial natural wonder.

It’s not all nippy in Iceland though, the country is famous for its hot springs – the largest and most well-known natural spring is the Blue Lagoon and will leave feeling well and truly restored.

There are also breathtaking fjords to admire, fascinating Viking history to discover (the National Museum of Iceland in Reykjavik provides the perfect introduction) and incredible geysers and waterfalls.

Iceland’s capital city Reykjavik is where the nation’s main cruise port is situated – don’t miss Hallgrimskirkja, the largest church in Iceland, delicious fish dishes (will you be brave enough to try local delicacy rotten shark?) and, ahem, the world’s only phalllological museum. What more could you want for a November vacation destination?

Akureyri is another Icelandic cruise port – nearby is the famous waterfall Godafoss (at nearly 40ft tall it’s known as the “waterfall of the gods,”) and the lava fields of Dimmuborgir plus opportunities for whale watching.

Iceland’s Land of the Northern Lights with Ambassador Cruise