Antarctica cruises take adventurous travelers up close to jaw-dropping scenery, some of exploration’s most fascinating history and, it turns out, some very funny wildlife indeed.

Menacing the chicks, a skua swooped on to the frozen foreshore looking for an easy meal. Fluffy and vulnerable, the crèche of baby gentoo penguins began chirruping helplessly. I almost couldn’t watch. But one penguin had seen enough of this sniping predator.

It waddled forward at pace, flippers flapping wildly, and charged the bigger seabird. The skua wouldn’t relent but neither would the heroic penguin. It harassed the skua until the seabird skulked away to find dinner elsewhere.

History marvels at the grit of Shackleton and Scott. But I soon concluded that the true heroes of Antarctica are the barrel-shaped, black-and-white torpedoes of the Southern Ocean – penguins.

Granted, not all of them are quite as ballsy as this particular battling gentoo. Yet their daily existence is a struggle for life against freezing temperatures, savage predators and exhausting hunting trips to feed demanding offspring.

The Antarctic peninsula is a two-day voyage south from the southern Argentinian port of Ushuaia. It rounds Cape Horn, then crosses Drake’s Passage.

The peninsula is Antarctica’s most accessible point, and my 10-day cruise was something of an entry-level trip offering an affordable chance for first-timers like myself, with a guarantee of four days of excursions on the frozen landmass itself.

During the voyage aboard Ocean Endeavour – a 1982 ice-reinforced vessel – I was entertained by lectures delivered to the 185 passengers on topics ranging from whales to climate change.

Yet increasingly, I skipped them like a truanting child, drawn magnetically on deck into scything winds to watch hulking breakaway icebergs drifting by like ghostly galleons.

At other times, I would train my binoculars on black-browed albatrosses that followed the ship. The icebergs were an entrée for Antarctica proper, which materialised at Dallmann Bay: a calm enclave of icebergs tinged powder blue by rainwater. They resembled floating meringues in an île flottante.

Around the bow, clutching a coffee fortified by brandy, I marvelled at our first whale sighting as humpbacks churned up the sea gorging on krill.

Each day offered two excursions, so next morning, after a breakfast of halibut and poached eggs, I boarded a Zodiac boat to Neko Harbour, set in a bowl of sloping snowfields – backed by billion-year-old mountains ground away by glaciers and overhung by powdery cornices.

It was from hereafter that penguins stole the show. Onboard was a man with an unusual career. Dr Tom Hart from the University of Oxford is a penguinologist. He describes himself as a hitchhiking scientist.

His presence onboard wasn’t just to inform us about all things penguin but also to oversee his programme called Penguin Lifelines. He has located time-lapse cameras around the peninsula to monitor penguin colonies and detect change. I felt genuine satisfaction that our cruise was doubling up as a vessel on which he could carry out important research.

“One project aim is to learn how and why penguin colony sizes are changing in some locations,” he said. Of the two species we encountered, he explained, the gentoo is generally doing OK but chinstrap penguin numbers have waned.

“There has been an increasing trend in recent years to trawl for krill used in products such as food coloring, and this may well be impacting the abundance of food for species like chinstraps.

Despite these concerns, every day proved a pleasure in the penguins’ company. I have never genuinely laughed at a species’ antics so much.

At Neko Harbour I guffawed at hilarious “food chases” as adult gentoo penguins hurried past with two chicks “glued” behind them, running full tilt like Keystone Cops, harrying the adult for food. Sometimes they would slide and sprawl to the ground together. 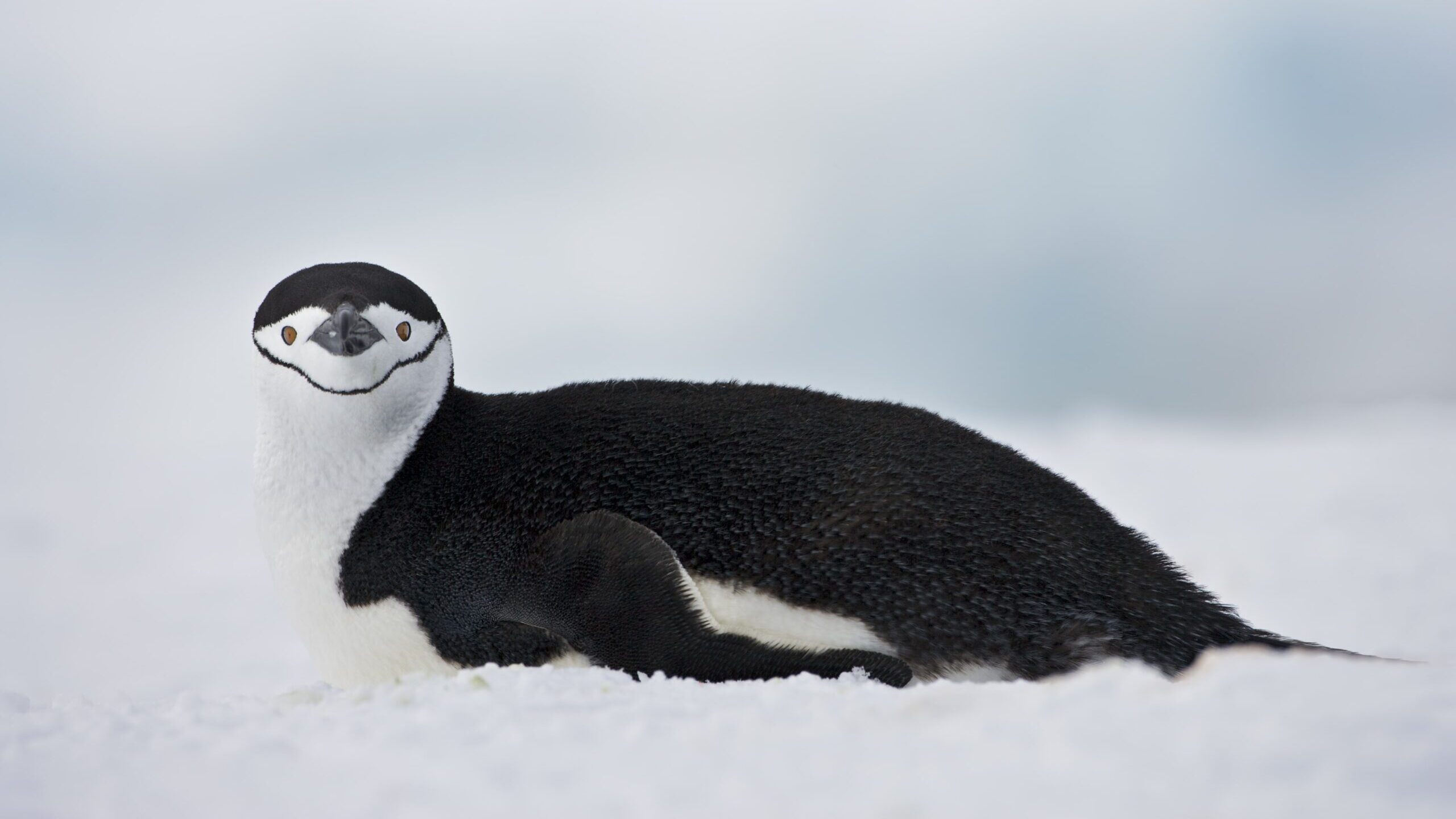 “They may not even be the offspring of the particular adult, said Dr Hart, “just interlopers hoping for a free meal.”

Occasionally, the beleaguered adult would dive into the sea to escape, knowing the chicks’ downy feathers would be waterlogged if they followed.

The following day, we visited Port Lockroy, the historic British Antarctic Base A, operational between 1944 and 1962. It has a summer souvenir shop and the world’s most southerly post office. “I love the way the British stake a claim, ” said onboard Scottish glaciologist Colin Souness, laughing.

“The Americans build a science base and we build a post office.” The most amusing sight was a crowd of gentoo standing to attention around the flagpole of a Union flag, like waiters anticipating a dignitary’s arrival.

The next day, I saw my second of six true Antarctic penguin species, chinstraps, among an enormous colony of 10,000 pairs of gentoo on Cuverville Island. They are smaller than gentoo, with a fine black line around their neck that resembles a beefeater’s chinstrap.

They seemed more vociferous, and I photographed adults returning from long hunting trips, regurgitating krill into the squawking mouths of their hungry chicks. 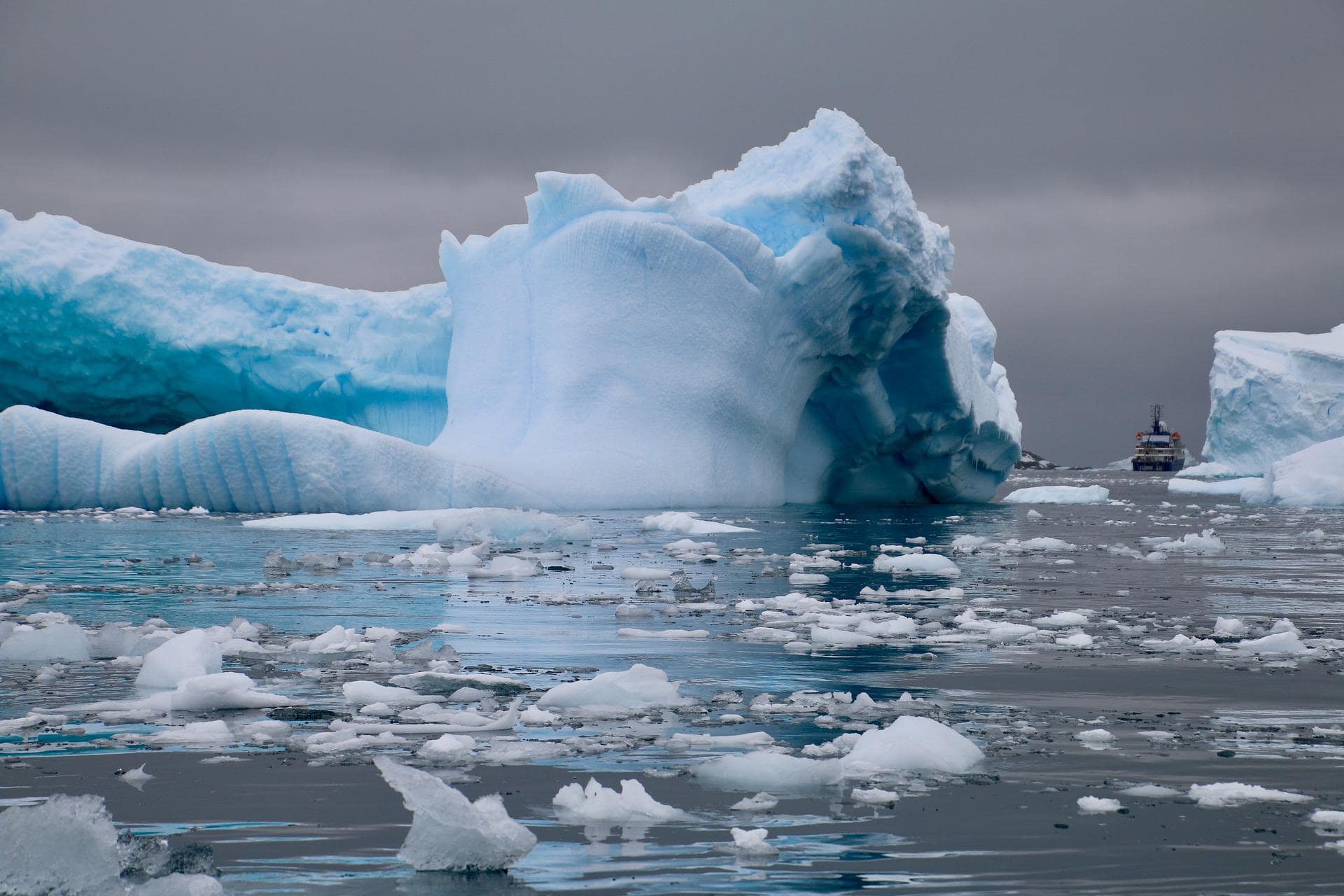 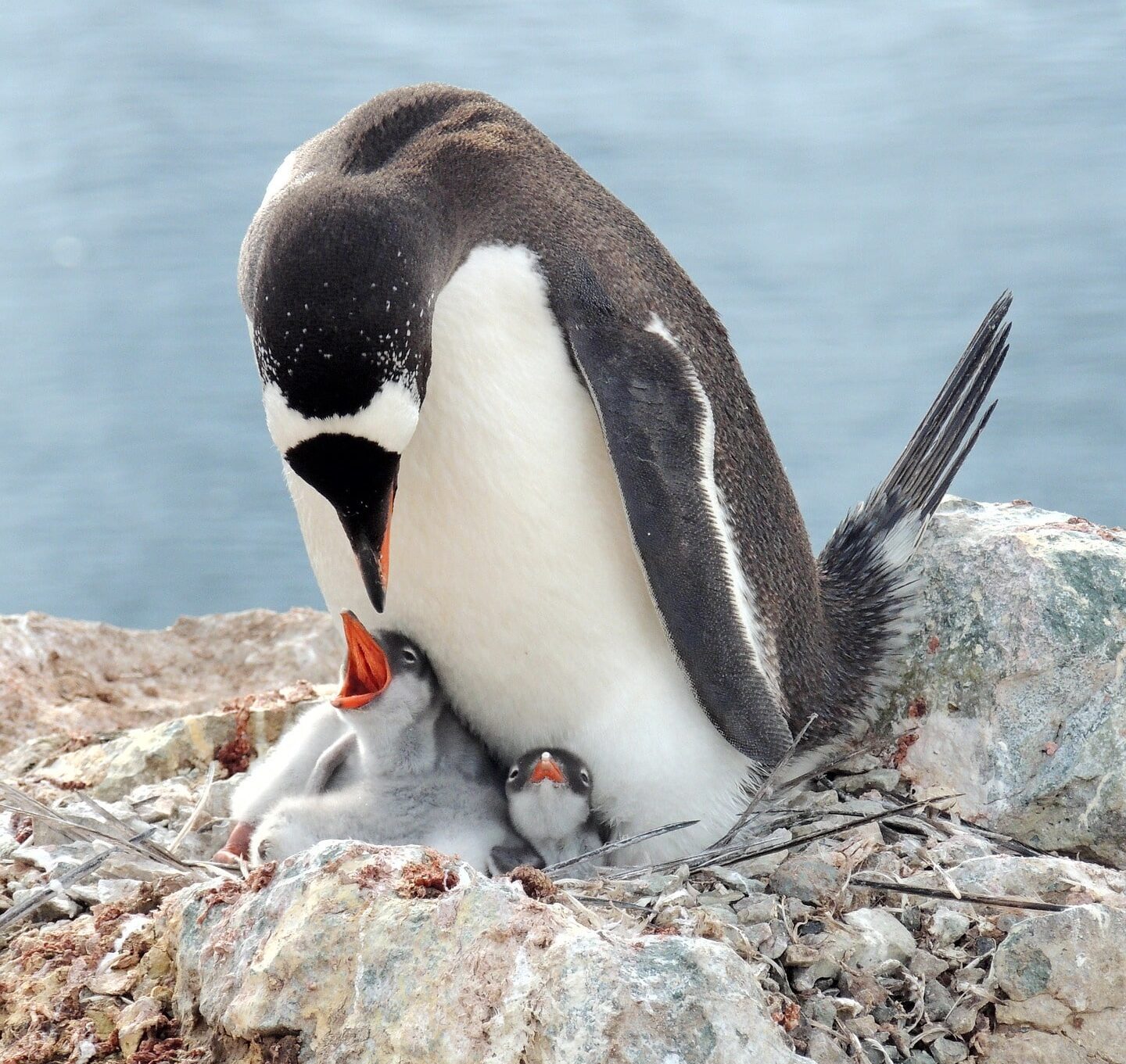 The challenges they face to survive were dramatically highlighted as we left the mainland peninsula, heading back to Ushuaia to call by the serenely beautiful and volcanically active South Shetland Islands.

Dr Hart had been monitoring the colony. “It’s down around 39 per cent in size since 1986,” he said. He remained uncertain of the reasons behind this but again suspected krill fishing.

On Aitcho Island in the South Shetlands, where chunks of stranded glacier ice are embedded on the black-sand beach, the tragicomedy of penguins’ existence was encapsulated in full visceral view.

I had watched the brave penguin battling the skua. But then, another poor soul was brutally bashed from the ocean by a leopard seal and devoured, its carcass picked over by skuas and a Wilson’s storm petrel.

Watching the lives of these redoubtable foot soldiers of the frozen continent unfold is an unrivalled drama I will never forget.

Central America is a hub of thrilling adventures, fantastic wildlife and brilliant beaches.